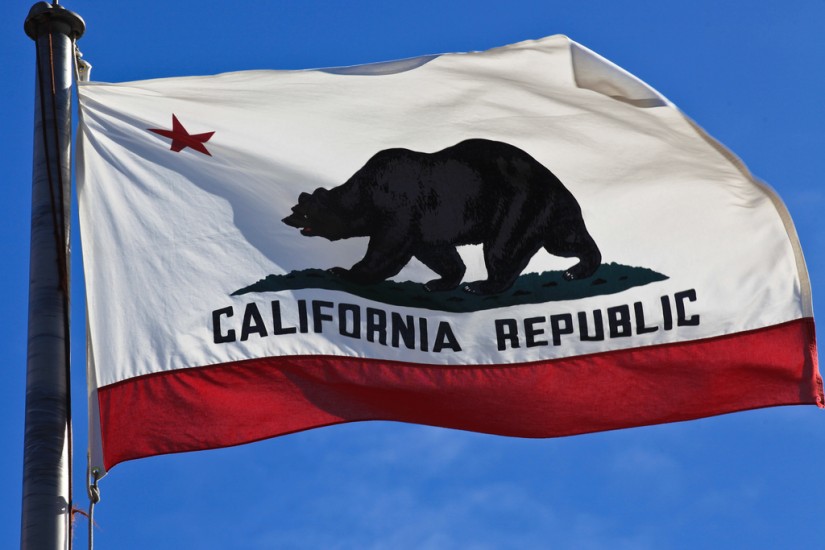 The flag of the state of California (2009).
flickr.com/dahlstroms
…

It turns out that the elected officials of California actually did vote to split it up, back in 1855 and 1859. But these efforts by a sparsely-populated territory of a nation slipping into what would become the Civil War understandably failed to generate political momentum on the federal level. This marked the final stage of a pseudo-rebellion that doesn't get as much attention as that of the Lone Star state. And for good reason: it officially lasted for less than a month. Led from his base in Sonoma by a Mormon farmer and miner named William B. Ide, the California Republic officially declared independence on June 14, 1846, and ended on July 9th of the same year.

It wasn't much of a revolution. But the independence declaration, which was led by Anglo colonists and coordinated with United States military commanders, had served its purpose: the US invasion of California during the Mexican-American War (1846-48) began in earnest with Commodore John Sloat's occupation of Monterey on July 1st. Within a matter of weeks, the short-lived Republic had begun to segue into the beginnings of a provisional government for the newly-established US territory of California.

The legacy of the republic lives on in one anachronistic respect: the California flag, with its famous bear and star and "California Republic" label. (And no, California was never supposed to be called the Pear Republic, despite what Snopes' unwise flirtation with Onion-style parody articles might've told you).

The present-day version is somewhat altered from the early draft above, but maintains the general idea.

Why does this episode matter? It doesn't, really, on the level of political history. It's easy to declare a revolution, but very difficult to maintain one. The independent Republic of California barely lasted three weeks, if indeed it can be even called independent. But I think that there's still something important about the story of the "Bear Republic": it reminds us that nationalism is usually built on illusions, and that national identities are never static.