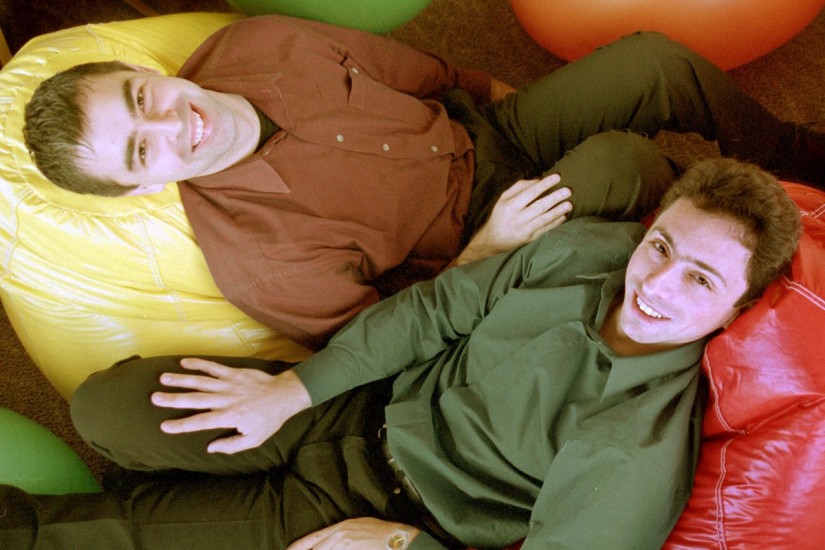 Biz Stone, co-founder of Twitter: Google was a weird place—like a weird kid land. Adults worked there, but there were all these big, colorful, bouncy balls. Eric Schmidt had a twisty playground slide that he could exit his office from—which now seems almost perverted.

Heather Cairns: I did the employee manual and I modeled our culture after Stanford—because that’s where most of our people were coming from.

Sean Parker, founder of Napster, first president of Facebook: Google really did set themselves up to get great engineers by trying to make their environment feel as similar to grad school as possible. Google could make the case: “Oh, don’t worry, this is going to feel a lot like when you were a researcher. This isn’t like selling out and going into the corporate world, you’re still an academic, you just work at Google now.” They ended up getting a lot of really smart people because of that.

Biz Stone: Google was not a normal place at all. There was just all kinds of weird stuff going on. I would just walk around and check stuff out like the kid in Willy Wonka going around the chocolate factory.

Heather Cairns: Larry and Sergey would be doing crap with LEGOs, building stuff with LEGOs.

Larry Page: LEGO Mindstorms. They’re little LEGO kits that have a computer built in. They’re like robots with sensors.

Heather Cairns: I remember them making a rubber wheel and moving it over paper. I was like, “What are you doing?” “Well, we want to scan every book and publication and put it on the Internet.” I’d say, “Are you crazy?” And they’d say, “The only thing that holds us back is turning pages.”

Biz Stone: One day I walk into a room and there was just a whole bunch of people dazed out on these automated contraptions with lights and foot pedals and books. And I was like, “What are you guys doing?” They said, “We are scanning every book published in the world.” And I was like, “O.K. Carry on.” And then I distinctly remember going into what I thought was a closet, and there was this Indian dude on the ground with no shoes on and he had a screwdriver and he was taking apart all these DVRs. He looked like he had been up all night or something. And I said, “What are you working on in here?” And he said, “I’m recording all broadcast TV.” And I was like, “O.K. Carry on.”

…
View on The Hive
View Connections