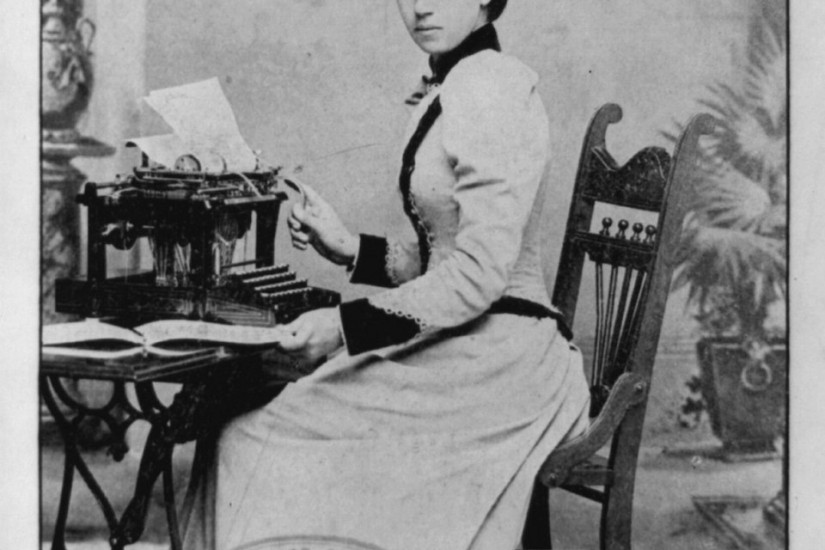 For women writers, Eleanor Kirk's 1888 guidebook was a way to break into the boys' club of publishing (1892).
John Edwin Phillips/Library of Congress
…

Kirk’s dilemma, fittingly enough, was that she really was a working woman. Though she continued lecturing on behalf of women workers and in favor of suffrage, and even served as the organization’s secretary for a time, she could not afford to lead the movement. Instead, she supported her household over the next two decades by writing brash columns in which she dispensed parenting advice and covered the latest goings-on in New York City’s salons and courtrooms (and, in one case, at a speed-typewriting tournament). During the same period, she also penned a novel of divorce rights (“Up Broadway”) and a stage comedy (“Flirtation”). By the eighteen-eighties, Kirk’s columns were in syndication, reaching millions of women through a hundred and fifty newspapers nationwide: “she is both paragraphic and breezy,” as one slightly mystifying Dallas Morning News headline promised. Working and travelling were especially important to Kirk, and she directed much of her ire at the absurdities of constrictive Victorian clothing. It was “the plain and positive duty of every woman” to shorten her skirt; Kirk urged her readers to take up biking and mountain climbing, and snapped that anyone lacking the courage to wear bloomers “would do well to remain in her rocking chair on the piazza and solace herself with her embroidery, novel, and pug dog.”

Kirk, who often pushed for newsrooms to employ more women, was confounded by questions from those who couldn’t break into writing. This inspired a slim volume, one so odd that Kirk had to publish and sell it from her home at 786 Lafayette Avenue, in Brooklyn: “Periodicals that Pay Contributors; to which Is Added a List of Publishing Houses.” The year was 1888. “I want to help the girls who feel they can write if they have a little encouragement,” Kirk later explained in one of her columns. “I know what uphill work it is.”