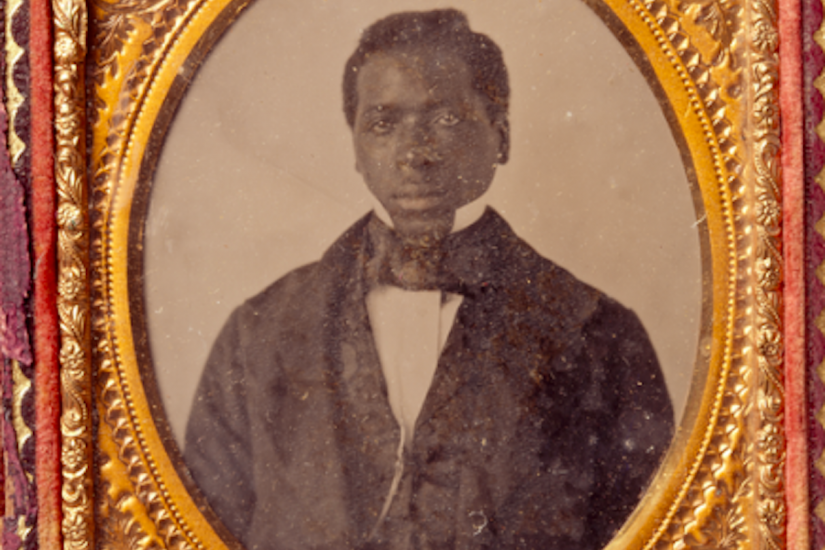 Parris was born around 1833 on the eastern coast of Africa, likely in the region of Tanzania or Mozambique, McNamara said. He was abducted when he was about 10 years old during a night raid on his village by a neighboring tribe, according to an early biography. He later recalled seeing his grandmother screaming after him as he was carried away.

On a forced march for several weeks, Parris was sold first to a Portuguese slave trader, then again to a slave trader from Rio de Janeiro, Brazil. It’s unclear how long Parris was captive in Africa before the traders set sail, because they sometimes waited months until they had hundreds of slaves to ship.

Faced with shifting global attitudes and markets in the early 1800s, slave traders and their allies went to great lengths to perpetuate an “outrageously lucrative” business, McNamara said.

Though Congress had outlawed importing slaves in 1808, the slave trade persisted as a fundamental part of the plantation system in the southern United States. Many northerners were involved through trans-Atlantic shipping, manufacturing of goods made with cotton grown in the South and other economic, social and political ties.

Meanwhile, Great Britain, which had outlawed slavery in 1833, was patrolling the Atlantic to block the slave trade from western Africa, which pushed some traders around the Cape of Good Hope to bring slaves from eastern Africa.

Branded and enslaved, Parris traveled to Rio de Janeiro in January 1845 aboard the Porpoise, a leased brig that was built in Brunswick and captained by Cyrus Libby of Scarborough. It was owned by Brunswick businessman George Frost Richardson, who was born in Limington. Whether Richardson knew his ship was being used in the slave trade is unclear, McNamara said.

Once in Rio, the disgruntled crew of the Porpoise reported Libby as a slave trader and the ship was seized by George William Gordon, U.S. consul in Brazil.

In a sworn statement recorded by Gordon, Parris said through a translator that he had been treated as a slave, serving at the captain’s table, and had been instructed to say that he was free if anyone ever inquired.

Asked where he wanted to go, Parris responded, “I desire to be a freeman and go to the United States.”