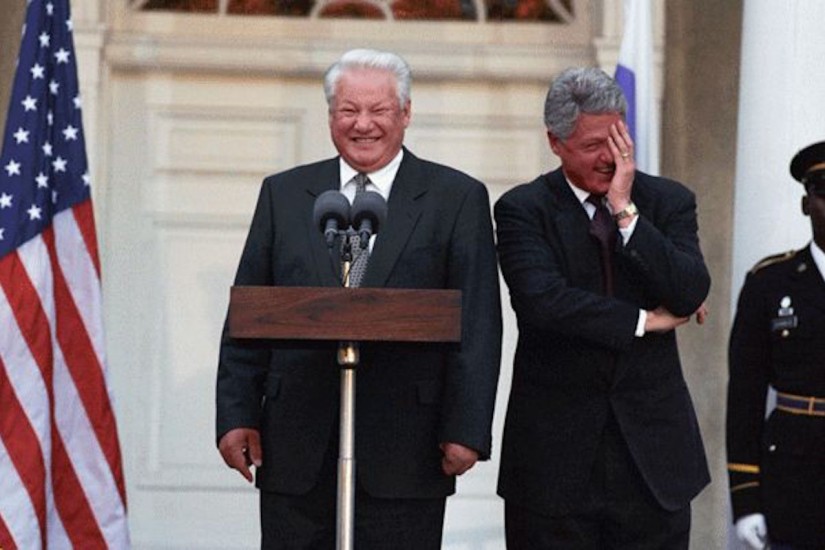 Discussing America’s history of electoral interference has never been more necessary. It’s necessary not so Americans can downplay the severity of Russia’s election attack. It’s necessary so Americans can determine how—and how not—to respond. The less Americans know about America’s history of electoral interference, the more likely they are to acquiesce to—or even cheer—its return. That’s dangerous because, historically, American meddling has done far more to harm democracy than promote it.

What many Russians, but few Americans, know is that 20 years before Russia tried to swing an American presidential election, America tried to swing a presidential election in Russia. The year was 1996. Boris Yeltsin was seeking a second term, and Bill Clinton desperately wanted to help. “I want this guy to win so bad,” he told Deputy Secretary of State Strobe Talbott, “it hurts.”

Clinton liked Yeltsin personally. He considered him Russia’s best hope for embracing democracy and capitalism. And he appreciated Yeltsin’s acquiescence during nato’s march eastward, into the former Soviet bloc.

Unfortunately for Clinton, ordinary Russians appreciated their leader far less. Yeltsin’s “shock-therapy” economic reforms had reduced the government’s safety net, and produced a spike in unemployment and inflation. Between 1990 and 1994, the average life expectancy among Russian men had dropped by an astonishing six years. When Yeltsin began his reelection campaign in January 1996, his approval rating stood at 6 percent, lower than Stalin’s.

So the Clinton administration sprang into action. It lobbied the International Monetary Fund to give Russia a $10 billion loan, some of which Yeltsin distributed to woo voters. Upon arriving in a given city, he often announced, “My pockets are full.”

Three American political consultants—including Richard Dresner, a veteran of Clinton’s campaigns in Arkansas—went to work on Yeltsin’s reelection bid. Every week, Dresner sent the White House the Yeltsin campaign’s internal polling. And before traveling to meet Yeltsin in April, Clinton asked Dresner what he should say in Moscow to boost his buddy’s campaign.

It worked. In a stunning turnaround, Yeltsin—who had begun the campaign in last place—defeated his communist rival in the election’s final round by 13 percentage points.