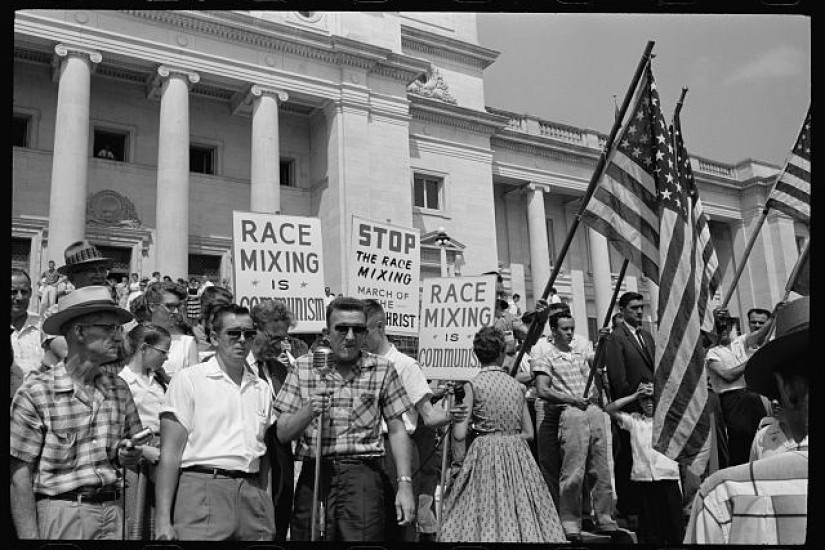 Protestors of the admission of the "Little Rock Nine" to Central High School in 1959.
John T. Bledsoe/Library of Congress

White supremacy is a language of unease. It does not describe racial domination so much as worry about it.

White supremacy connotes many grim and terrifying things, including inequality, exclusion, injustice, and state and vigilante violence. Like whiteness itself, white supremacy arose from the world of Atlantic slavery but survived its demise. Yet while the structures are old, the term “white supremacy” is not. Although it first appeared in British abolitionist critiques and U.S. proslavery defenses in the first half of the nineteenth century, it only became commonplace—and notably not as a pejorative—in U.S. whites’ post-emancipation calls for a racial order that would reinstitute slavery’s political and economic guarantees.

White supremacy’s opponents evoke it to condemn. Its proponents use it to summon up a vision of a racially ordered society, to rally political forces behind that vision, to establish laws and institutions that affirm it, and finally to render it natural and normal. But the very fact that the phrase requires speaking means that something has gone awry. If the hierarchy of races were real, it would easily have survived slave emancipation. Instead, that hierarchy must be constantly asserted and enforced, lest the white race be overwhelmed, overcome, and extinguished. White supremacy is organized around a dread of its own demise, and with it the white race.

This inherent instability has produced a welter of fears, fantasies, and imperatives, from racial purity to race war. It has also made “white supremacy” a call to action. Indeed, the effort to transform the phrase from a slogan into a fact has been a massive social and political project, involving the witting and unwitting labor of many millions of people. White supremacy has always been hard work.

But because it is work, it is possible to imagine that someday there will be no one willing to perform the labor. And sometime between the march from Selma to Montgomery and the election of Barack Obama, many Americans allowed themselves to believe something of the kind: that white supremacy’s advocates, having lost their long war, were giving up.

The violent manifestations of white supremacy over the past several years—from Dylann Roof’s murders in Charleston, through Donald Trump’s campaign and presidency—unwound that hope.