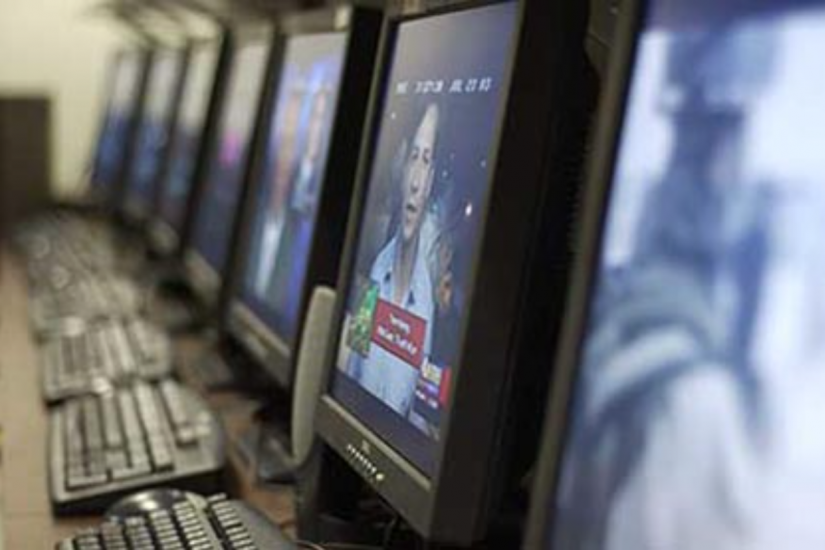 Fifty years ago, in the middle of a typically hot and humid Nashville summer, a Metropolitan Life insurance manager named Paul Simpson sat with Frank Grisham, the director of the Vanderbilt University Library, in the rare books room of the main library building.

Using three Ampex video recording machines, three television sets and $4,000 of Simpson’s own money, they began what they thought would be a 90-day experiment: From then until election night in November, they would record the ABC, NBC and CBS evening news broadcasts, which usually aired at the same time.

The day Simpson and Grisham started taping, August 5, 1968, was an eventful one. The Republican Convention began, and Ronald Reagan officially announced his candidacy for the presidential nomination, joining with liberal Republican Nelson Rockefeller in an attempt to stop Richard Nixon’s hopes of a first ballot nomination.

The news broadcasts also included the era’s biggest stories: fighting in Vietnam, communist leaders meeting in Eastern Europe and the civil war in Nigeria. Other reports from that day sound hauntingly familiar: an Israeli strike into Jordan and a violent incident at the Korean Demilitarized Zone, in which an American and North Korean soldier were killed.

Such was the modest beginning of what Rutgers University historian David Greenberg has called the “preeminent video resource for scholars of TV news.”

Although legal and copyright issues continue to hinder access, the Vanderbilt Television News Archive – a repository of television news recordings from the past 50 years – is a national archival treasure.

But the archive’s beginnings are rooted in the political and cultural conflicts of the late 1960s. Simpson, the archive’s founder, first financial backer and chief fundraiser, was deeply conservative. And he was convinced that the network news broadcasts, with their executive producers living in New York’s “liberal atmosphere,” were contributing to social turmoil and unrest throughout the country.

For this reason, he sought to save the recordings for posterity – to be able to show, years later, that CBS, NBC and ABC were as much a part of the problem as the anti-war movement, drug culture and free love.