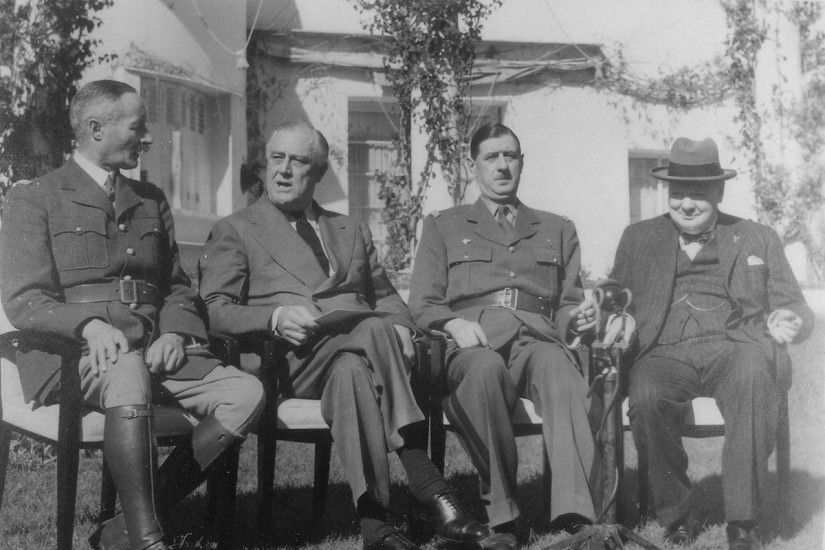 By making a slogan of the “liberal international order” — a term that has entered into general usage only in our current moment — Trump’s critics increasingly sound like the “globalists” whom Trump caricatured in the campaign and loves to position himself against. They submerge American interests into the world’s, allowing Trump to stand out by recognizing conflicts between the two. Nor do “order” advocates compensate by advancing a robust international solidarity to counter Trump’s xenophobia. Their timid internationalism summons Americans to cooperate only with a faceless, agentless order, and on the condition that the United States be its leader and set its rules. As the ad states, “the United States has gained disproportionate influence on setting the rules of international exchange and security cooperation in ways that reflect its interests around the globe.” Despite claiming a seven-decade pedigree, the defense of the “liberal order” is surprisingly vulnerable to attack from each side, for it offers a nationalism that dares not to speak its name, and an internationalism afraid to walk the talk.

International order is a question, not an answer. What kind of world do we want? How are we to get there? The Trump presidency probably augurs the reopening of fundamental questions more than it points toward any particular shape of things to come. So be it. Fellow citizens, in a democratic society, should be welcomed into the debate about their nation’s world role. Yet I can’t help but read elegies to the postwar order as a form of wishing politics away. The postwar order, to the extent it existed then, won’t save us now, and longing for it only elevates the forces of movement — those who, for better or worse, identify new challenges and propose creative ways to meet them.

…
View on War on the Rocks
View Connections