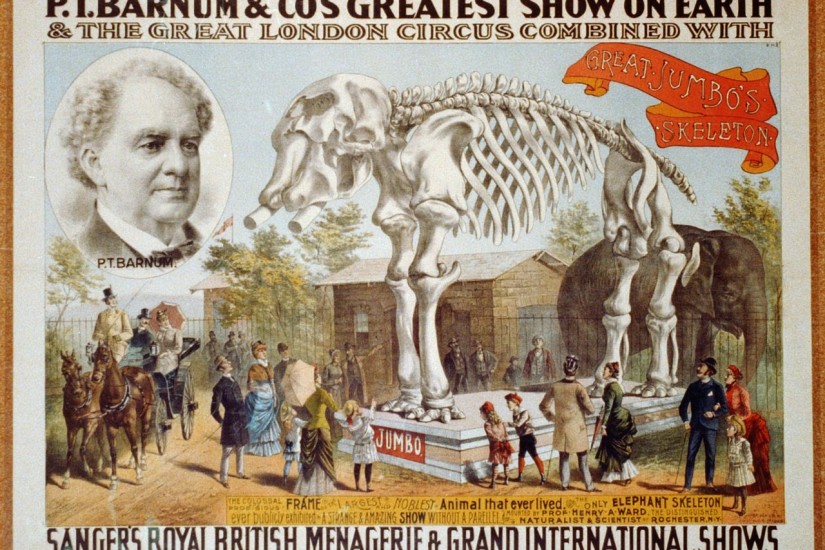 “For many centuries history was written to be a record of human stories and human triumphs,’” says Nance, who in addition to circuses has also written about the history of horse racing and rodeos. “But I understand history to be an approximation of the past of all species. We’re all sort of in it together.”

As recently as a decade ago, most historians might have considered animals a niche interest. Today, however, Nance’s approach has become much more than a sideshow. Animal history has in fact grown into a major subfield, with articles published in prestigious journals, classes taught at dozens of top universities, and a new Animal History Museum in development outside Los Angeles. In June, the Animal History Group’s Summer Conference, held at King’s College London, featured talks on England’s 1850s hippo fad and conflicts between humans and crocodiles throughout the ages. The influential French historian Eric Baratay recently published a collection of biographies of eminent animals, including Bummer and Lazarus, stray dogs who made their living killing rats in 19th century San Francisco. At the other end of the charisma spectrum are the subjects of “Pests in the City.” In this well-received book, University of Maryland scholar Dawn Day Biehler took the point of view of a colony of bedbugs, and a fly buzzing around a privy, to make arguments about how class shaped public health and housing policy in the 20th century.

As historians turn their attention to zoo animals, dairy cows, exotic pets, urban squirrels, and even the insects that share our homes, they are also shedding new light on what it means to be human.

WHAT MANY CALL the recent “animal turn” in history has actually been several decades in the making. Influenced by social forces like the labor movement, feminism, and the struggle for civil rights, 20th-century historians gradually broadened their vision beyond the old themes of politics and war to include a fuller range of humanity. At the same time, cultural history — an interest in the everyday lives of people in the past — began to supplant the idea of a grand narrative. And since animals have always shared our daily lives (whether as food, labor-saving technology, predators, pets, or entertainment), animal history eventually came to seem a natural extension of both these trends.