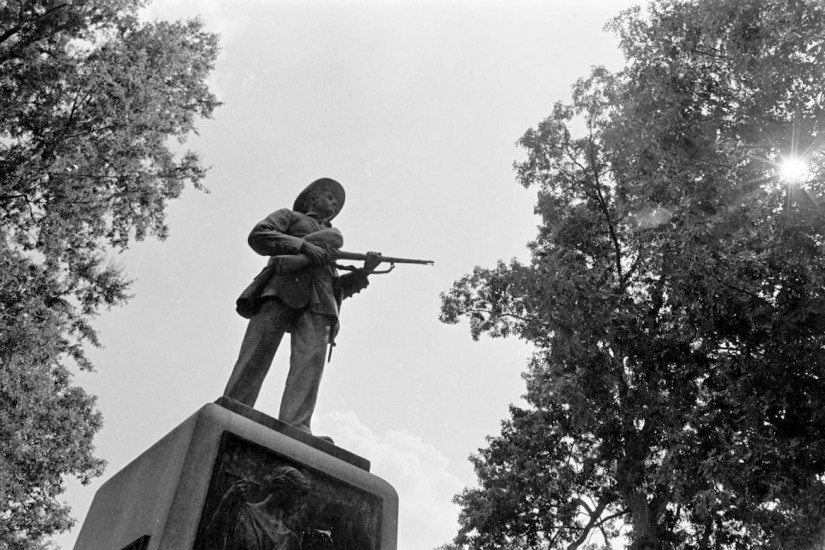 On June 2, 1913, Julian Shakespeare Carr spoke at the dedication of a statue at the University of North Carolina at Chapel Hill, his alma mater. Carr had served in the Confederate army as a lowly private, but upon returning from the war he had made several fortunes in tobacco, textiles, and banking, and affected the title “General” for his leadership of the United Confederate Veterans.

In addition to being an accomplished businessman, Carr was a virulent racist. In his speech that day, he recalled, “One hundred yards from where we stand, less than 90 days perhaps after my return from Appomattox, I horse-whipped a negro wench until her skirts hung in shreds, because upon the streets of this quiet village she had publicly insulted and maligned a Southern lady, and then rushed for protection to these University buildings where was stationed a garrison of 100 Federal soldiers.”

Carr rhapsodized that the statue of a rebel soldier kept alive the aims of the Confederacy. “The cause for which they fought is not lost, never can be, never will be lost while it is enshrined in the hearts of the people of the South, especially the hearts of the dear, loyal, patriotic women, who, like so many Vestal Virgins (God’s name be praised), keep the fires lighted upon the Altars,” Carr said.

The statue became known as Silent Sam, because he carried no ammunition box, and stood as a landmark on UNC’s campus, facing onto Franklin Street, Chapel Hill’s main drag. Silent Sam was occasionally the subject of controversy and protests, but he remained as imperturbably taciturn and unmoving as he had been while Carr spoke.

On Monday night, that changed. Sam is still silent, but he no longer stands sentinel, after a crowd of protesters pulled him from his plinth.