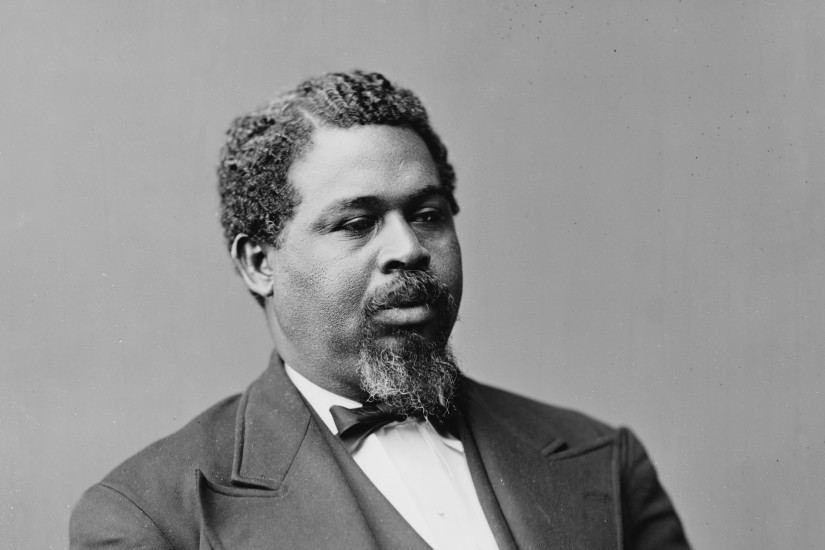 Over the next three decades, Smalls served South Carolina in both houses of its legislature and in the U.S. House of Representatives. In 1895, he was once again a delegate to the state constitutional convention—except this time, he was hoping to defend the freedmen’s right to vote against efforts by white South Carolina Democrats to quash it. Although Smalls had learned to read only in adulthood, he was a feared debater, and at age 56 the burly war hero remained an imposing figure. When he rose to speak at the State Capitol in Columbia, the chamber fell silent.

The “negro was here to stay,” Smalls thundered, “and it was to the interests of the white man to see that he got all of his rights.” He supported his argument with data: tables and figures designed to demonstrate the economic and political clout of his state’s 600,000 black citizens (a slight majority of a total population of 1.1 million). In South Carolina alone, he observed, “the negroes pay tax on $12,500,000 worth of property,” citing the most recent census. He argued for adopting a combined “property and educational qualification” for voting, but that was a bluff: Many white farmers had lost their property during the war, and he knew that wealthy white Democrats could never sell such a proposal to their poorer constituents.

Smalls then advanced a startling claim: “Since the reconstruction times, 53,000 negroes have been killed in the South.”

Fifty-three thousand dead is a staggering number—more than all the dead, wounded and missing at the Battle of Gettysburg. Even spread over the 30 years that had elapsed since Appomattox, that would be an average of 1,766 murders each year, or almost five each day, across the 11 former Confederate states.

When I first read Smalls’ speech while researching political violence in the years after the Civil War, I was stunned. Most estimates of postwar killings of African-Americans amount to about 4,000 public lynchings committed between 1877 and 1968. But what about those who were assassinated or disappeared before 1877, the year Reconstruction began to decline? How did Smalls arrive at that figure? Perhaps he simply invented it to capture the nation’s attention or to appeal to the sympathy of moderate Southern whites. But this figure, like others in his oration, was precise. He could have said “about fifty thousand” or even “more than fifty thousand,” but he didn’t. Was his number even plausible? Could it be verified? As far as I could tell, no historian had tried.