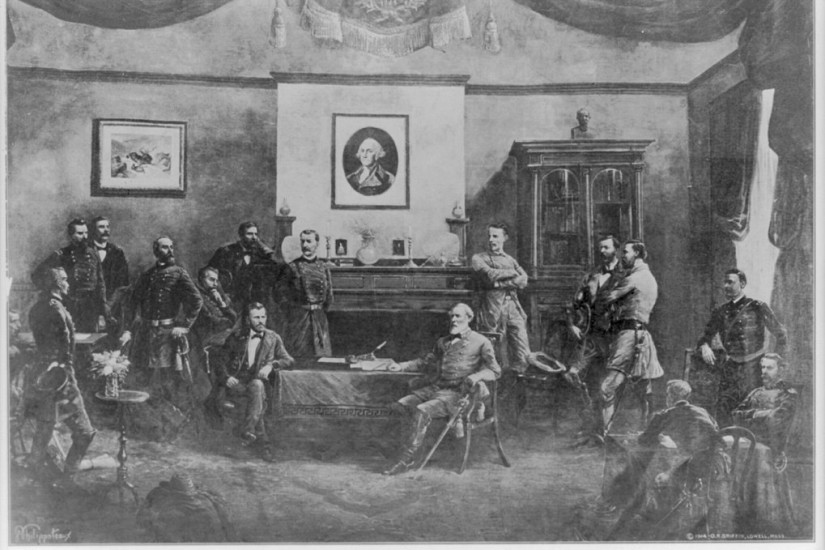 Protesters know that the vast majority of these statues were Jim Crow-era monuments, intended to celebrate the triumph of white supremacy and to remind African Americans of that triumph decades after the Civil War.

But the roots of these memorials reach even deeper, back to the very moment that a bloody, four-year war ended the legal institution of racial slavery. Vanquished Confederates chose to see the end of black slavery as the beginning of white persecution and victimization. A similar equation animates white-nationalist movements today. Indeed, the problem of Confederate monuments points to a larger, persistent conviction among some white Americans that racial equality brings white oppression in its wake.

In Charlottesville in 1865, mere weeks after Lee’s surrender, a white woman wrote a letter to her aunt. “All is darkness & gloom,” she lamented, describing her people as “trodden down under the heel of the oppressor.” Declarations like this one echoed across countless personal writings of defeated Confederates, whether they had owned slaves or simply reaped the benefits of whiteness in a society grounded in black slavery and white freedom.

Former Confederates were deeply depressed in the weeks and months after the war. As a private in Lee’s army wrote in the closing pages of his wartime diary, “Ah! what hardships, what sufferings, what trials, what deaths, what sorrows, what tears, what great losses both of men & of property” — that last word referring to the devastated landscape and emancipated slaves alike. Some even contemplated suicide. The woman in Charlottesville put it rather genteelly: envying the battlefield dead, she wished for her “earthly pilgrimage” to be “shortened.”

Over and over, white Southerners explained their despair by expounding on the loss of their freedom, with nary a mention of more than 200 years of black slavery. “Nature weeps over Liberty’s death,” a Confederate soldier wrote in his diary the day after surrender. White Southern men and women now described themselves as “subjugated,” a word that appears with astonishing frequency in their end-of-war letters and diaries. Theirs was “a subjugated country,” one said. It was a “dreadful time of our subjugation,” another said. For one postwar refugee, “Subjugation, with all its horrors stares us in the face.”