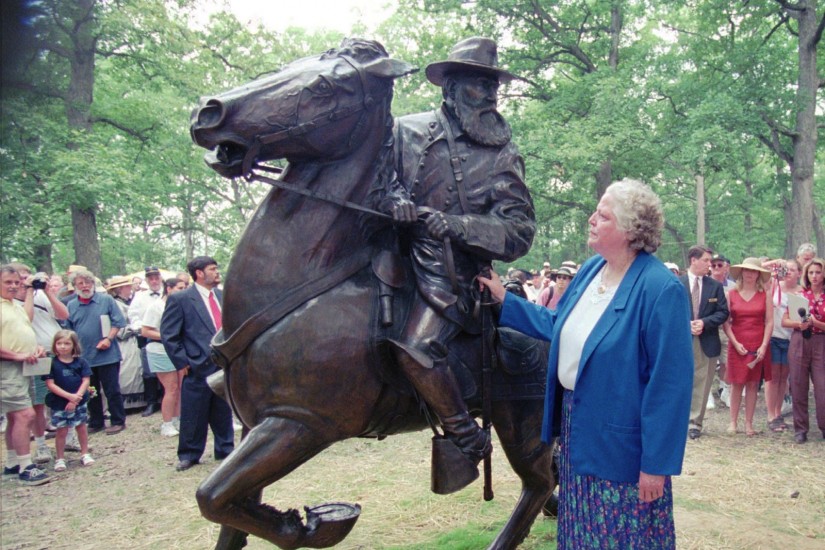 If valor and sacrifice are the benchmarks for memorialization, where are all the statues to James Longstreet?

Take Gettysburg: Nearly every soldier who shouldered a musket or drew a saber during that battle is represented in some form there. But before 1998, there was no likeness of Longstreet, one of the Confederacy’s greatest generals, in the 6,000-acre park. Only after a grass-roots campaign raised sufficient money was a statue erected. The finished product was then tucked behind a screen of trees at the far edge of the park. And unlike virtually every other major monument at Gettysburg, the Longstreet statue rests on the bare earth without a pedestal.

Longstreet’s monument is significant precisely because it lacks grandeur and prominence. In fact, few pieces of Civil War statuary have as much to tell about the politics of historical memory (and amnesia), especially in the wake of events at UNC. That’s because, while Longstreet was a remarkable soldier, he was also an agent of federal Reconstruction — and black suffrage — in the postwar South. For that, his former comrades purged him from memory, thereby reinforcing the link between white supremacy and Confederate iconography.

Unless you’re a military buff, Longstreet is likely the greatest Civil War commander you’ve never heard of. During the early years of the war, “Lee’s Old War Horse,” as he was known, played a decisive role in several major Confederate victories, including his brilliant flanking maneuver at the second Battle of Bull Run.

After a stint in the Western theater, where his assault on Union lines carried the field at Chickamauga in 1863, Longstreet returned to service under Lee. At the Battle of the Wilderness, he provided a crucial bulwark against the tenacious advance of Ulysses S. Grant before being gravely wounded by a bullet through the shoulder and throat. He returned to command six months later, his paralyzed arm in a sling, and served ably until the last days of the war.

“By the soldiers, he is invariably spoken of as ‘the best fighter in the whole army,’ ” recalled Col. Arthur Fremantle, a British observer of the conflict. After Stonewall Jackson’s death in 1863, he was probably Lee’s most trusted lieutenant.

Ironically, it was Longstreet’s postwar conduct that determined how his wartime record has been remembered. During Reconstruction, Longstreet refused to adhere to the Democratic, white supremacist orthodoxy of the unreconstructed South, and his former comrades made him pay dearly for it.