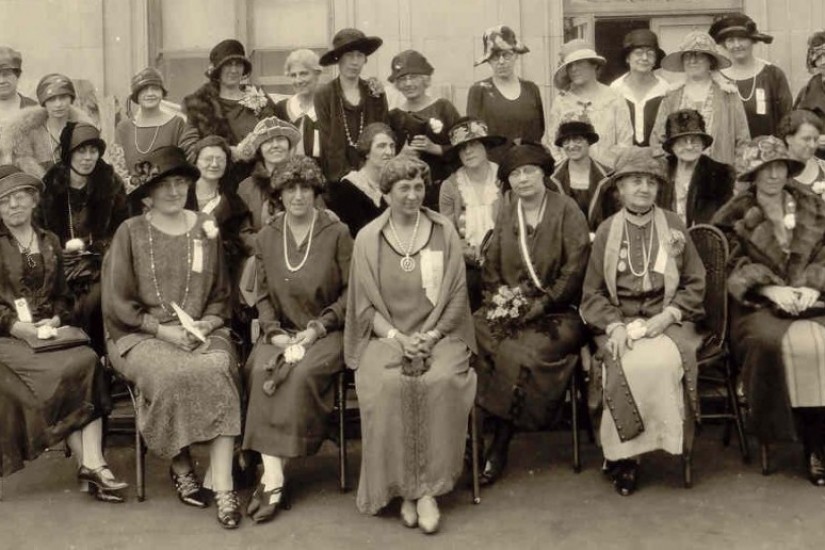 A Washington state chapter of the UDC, October 1925.
Encyclopedia Virginia

Two days ago, Ginger R. Stephens, the president of the Virginia Division of the United Daughters of the Confederacy, wrote a letter to her “ladies.” “It has been brought to my attention,” she told them, “that Encyclopedia Virginia has a negative article on the UDC.” She explained that she had talked to the encyclopedia’s staff—it was me—and “they don’t seem to be aware of how much harm that article is doing and how critical it is that it be corrected.”

The problem, she wrote, is this: “The majority of the article is about the UDC and Race. The UDC’s Objectives are not included, and there is no mention of any of the UDC’s work.”

Stephens then encouraged her members to write us and request a correction. And they did!

The article is very biased and paints a negative portrait of the organization. The section on the UDC and Race is longer than the rest of the article, giving that too much emphasis, while ignoring the work of the UDC …

It is truly amazing at all the crap you can read on line. The UDC has nothing in common with the KKK, Neo-Nazi or the white supremacists. Guess you need to go after the ladies now because nothing else has worked. Good old smear campaign!


We’re happy to receive feedback on our entries. We encourage readers to point out factual inaccuracies and we try to respond as quickly as we can. Just in the past few weeks, we’ve made corrections to entries on Cephas Davis, regarding the details of a state election; on John Carlyle, regarding where he is buried; and on J. D. Harris, regarding the date of his death. The latter two came as a result of reader emails.

What we have with the United Daughters of the Confederacy, however, is different. While they argue that we are being factually inaccurate, they are not actually able to identify any factual inaccuracies. Instead, their objections are philosophical, and at this point it would be more efficient to answer them here than to continue to write each complaining member individually.

At the crux of this philosophical disagreement, I think, is the phrase “white supremacy.”