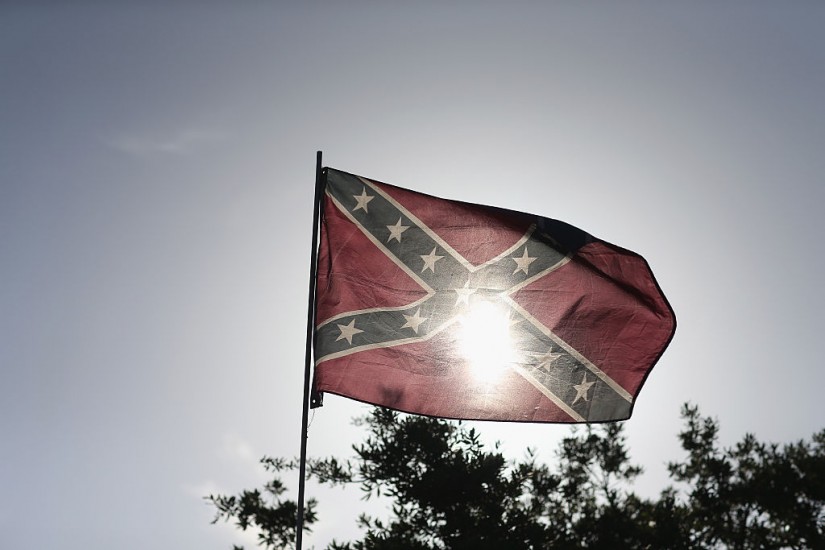 A Confederate flag is seen during a rally to show support for it.
Joe Raedle/Getty Images

Among the historical ironies of our current era is the defense of Confederate monuments and southern white “heritage” by Republicans. The curious path that the Grand Old Party of Abraham Lincoln has followed to its present stance is an example of expediency and ideology subverting principle.

For more than a century after the Civil War, the defense of white southern “heritage” was the preoccupation of white Democrats. Until the 1970s, Republicans in the South were a long suffering minority who had to battle against all manner of Democratic machinations to enfeeble their opponents. The party recruited African Americans—who remained loyal to the party of Lincoln and hostile to the white segregationists who still presided over the Democratic Party in the region—and whites who favored Republican policies and were less enchanted by white supremacy than their Democratic rivals. Southern Republicans were often vocal opponents of the poll tax and other Democratic schemes that suppressed voter turnout and impeded equal representation in state houses. Nationally, Republican ranks included moderates and liberals whose commitment to racial equality was crucial for the expansion of civil rights from the Civil War until the election of Ronald Reagan.

The Republican embrace of the white southern heritage began in 1972 as part of President Richard Nixon’s reelection campaign. Nixon believed he had to fend off arch-segregationist George Wallace while retaining the support of a “silent majority” alienated by the Democratic Party’s liberalism. Republican strategists sought to peel off white voters in the South who recoiled from the Democrats’ commitment to affirmative action, school desegregation, and opposition to the Vietnam War. This so-called “Southern Strategy,” which appealed to white suburban southerners who were anxious to preserve de facto segregation in the suburbs, allowed the Republican Party to exploit the anxieties of whites in the South and beyond without having to categorically oppose racial integration. By fulminating against urban crime, court-ordered school busing, and excessively generous welfare programs, Nixon portrayed the Democrats as pressing too fast and too far to force integration. Even while Nixon avoided the fire-breathing racism of George Wallace, white voters had little difficulty discerning the Republicans’ message. After the 1972 election, Nixon’s special counsel John Ehrlichman acknowledged that “the subliminal appeal to the anti-black voter was always present in Nixon’s statements and speeches.”