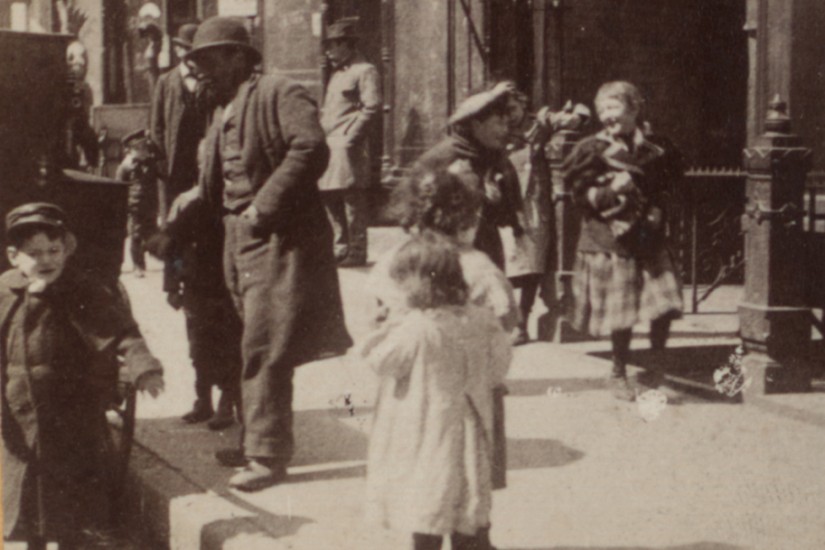 There is a lot of sweat. Sweat and dirt and dust. People’s faces are dirty all of the time, and underneath everyone’s fingernails it’s always dirty and disgusting. In general, people are very disgusting in the eighteen-eighties. The word “colicky” is thrown around constantly.

People play billiards, not pool, and the tables are, like, bigger? Right? Like, the tables were much bigger than they are now. But the people were shorter. So, the sticks were too big and the people were too small, except for Abraham Lincoln, who is ... dead at this point?

Lots of sweeping. People constantly sweeping their storefronts and their porches. People sweep, take a break from sweeping, wipe the sweat that has accumulated on their brows because of all the sweeping, and then they continue sweeping. Kids are told to sweep up before supper, which consists of ... quail? Anyway, lots of sweeping. No mopping. Mops aren’t invented until 1974.

Baseball games are played, I think, and I believe (don’t quote me on this) that professional baseball exists. But the games are held in, like, open fields where regular people live. Like, near the woods and stuff. Also, regular everyday people play professional baseball. Not just, like, the Jose Cansecos and the Édgar Renterías of the world. The town baker, for example, could have also been a professional-baseball player. Basically, in the eighteen-eighties, if you owned a hat you could be a professional-baseball player is what I’m saying. But again, I also have no idea what I’m talking about, so ...

Lots of coughing. Very loud, very aggressive, disease-infused coughing. And all the coughing is done into a handkerchief, which, when removed from the mouth, is covered with splotches of blood. In general, in the eighteen-eighties, there is a lot more exposed blood. People are bleeding pretty much all of the time. People’s blown-off limbs (Civil War?) are all bandaged up but you can see blood seeping through their bandages. Also, all former (Civil War?) soldiers who have had a leg blown off wear their uniforms at all times because these are their only clothes. They also only use one crutch, never two. So, in the eighteen-eighties, there is a lot more hobbling. And blood.