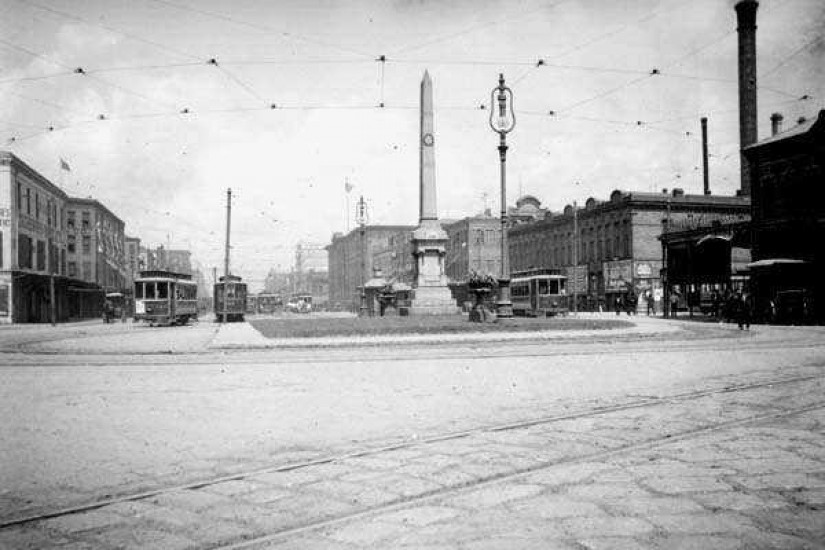 Battle of Liberty Place monument in its original location on Canal Street in 1906.
Wikimedia Commons

On Thursday, the New Orleans City Council voted 6-1 in favor of an ordinance that paves the way for the removal of four Confederate monuments. They include monuments that honor Confederate Generals Robert E. Lee and P.G.T. Beauregard, one for President Jefferson Davis, as well as a monument to the postwar battle of Liberty Place. In that 1874 uprising, the Crescent City White League, a white-supremacist group, briefly overthrew an integrated Reconstruction government. This decision constitutes the most sweeping removal of Confederate iconography since the lowering of the Confederate battle flag in Columbia, South Carolina, this past summer, and offers the clearest evidence yet that the Lost Cause view of the Civil War has finally lost.

In the wake of Confederate defeat in the spring of 1865, white Southerners sought to vindicate their lost cause as well as generals such as Lee, Stonewall Jackson, and Nathan Bedford Forrest. Among other things, Lost Cause writers insisted that the overwhelming resources of the North brought about defeat on the battlefield, and not the failure of its generals or the wavering of support among the enlisted soldiers and broader populace. Slavery, they argued, benefited the black race and functioned as the foundation of a peaceful society before the war—one that was superior to the violent and industrial North. African Americans were remembered as having showed unwavering support for the Confederacy right through the very end. In contrast with Confederate Vice President Alexander Stephens, who spoke for many when he argued early in the war that slavery constituted the “cornerstone” of their new government, Lost Cause writers now insisted that the Southern states seceded in defense of states’ rights.