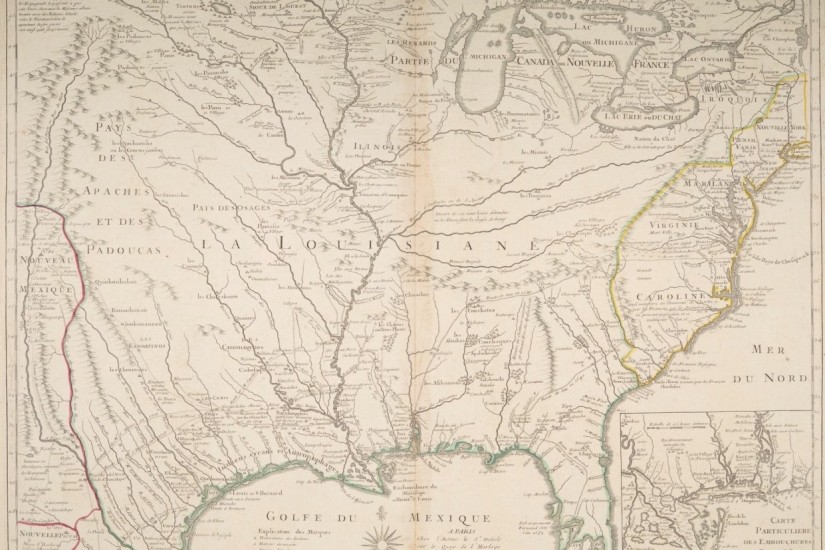 I have long been interested in the complex place of maps in American life. I’ve investigated the role of maps in war and peace, the rise of thematic mapping, and the influence of maps over American national identity. I’ve studied the rise of mass market cartography, the place of maps in American education, and the structural evolution of the world atlas. Yet despite my longstanding preoccupation with the history of maps, the prospect of writing a history of America through maps was daunting. With a limit of one hundred artifacts, of course, this would be a selective rather than a comprehensive history. But the real challenge lay in choosing the maps themselves, which hinged on a more basic question: what kind of story did I want to tell?

I began by brainstorming with a few fellow map scholars, which is a rather unorthodox group given that it includes not just academics but also map dealers and collectors, the best of whom are attuned to both the material nature of these artifacts as well as their historical significance. Within this community, I was immediately struck that several recommended—practically insisted—that I include Guillaume de L’Isle’s 1718 map of “La Louisiane” shown above.

There are very good reasons that de L’Isle’s map was at the top of their list. First and foremost, it was the most accurate and comprehensive depiction of North American geography to that point, synthesizing the latest information from other maps with newly gathered intelligence in the field. It moved light years ahead of its predecessors by approximating the course of the Mississippi River and the general physical scale of the continental interior. Even the British—who similarly sought to thwart French ambitions in North America—considered “La Louisiane” the most geographically authoritative map for decades thereafter.

But if the map was geographically precise, it was also a masterful example of propaganda. De L’Isle was asked by the French king to render a map that would both substantiate and maximize French territorial claims in the continental interior. The mapmaker responded by designing a map that aligned the geography of the continent with French political and territorial claims of sovereignty. Note the expansive rendering of “La Louisiane” across the interior, which effectively hems in the English settlements between the Appalachian Mountains and the Atlantic Coast. De L’Isle then centered the map on the Mississippi River and its tributaries, all of which the French claimed through French explorations during the sixteenth and seventeenth centuries. De L’Isle stretched the French sphere of influence to its limits, outraging the British and launching a “war of the maps” that ended only when the French and Indian War ultimately terminated French claims to North America altogether in 1763.