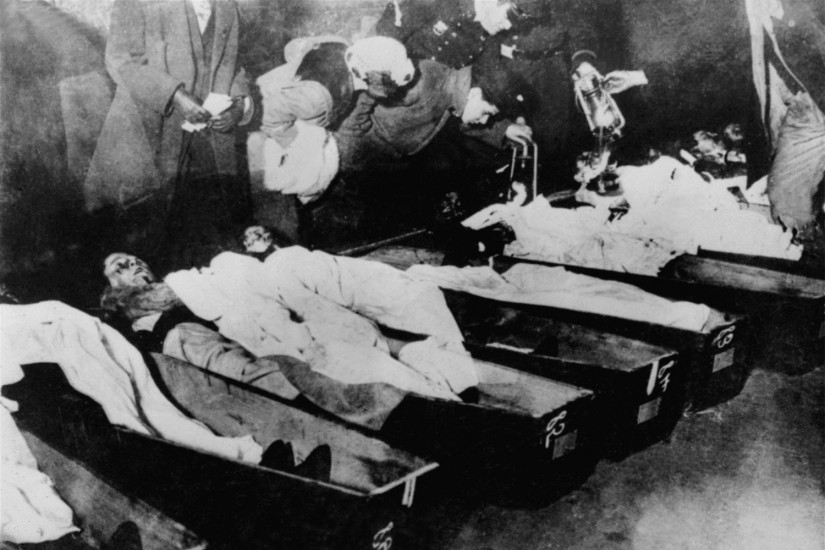 On a hot mid-summer morning, Washington Cemetery in Brooklyn is blazing. Shadeless and weedy, it is occupied mostly by dragonflies and mockingbirds, along with a smattering of Italian wall lizards whose ancestors, according to legend, escaped from a pet store delivery truck in the Bronx back in the 1960s. The heat has them basking on tombstones, and they skitter away as I come walking through with Michael Hirsch, a genealogist and historian who has made it his mission to care for the graves of the victims of the Triangle Shirtwaist Factory fire.

It was the end of the workday on Saturday, March 25, 1911, when someone dropped a cigarette butt, or maybe a lit match, into a bin of scraps and sparked a fire on the eighth floor of the Asch Building near Washington Square. The flames spread fast, moving upward to engulf the three floors of the successful factory where garment workers cut and sewed ladies’ blouses. The majority of those workers were young immigrant women, primarily Italian and Jewish residents of the Lower East Side and Greenwich Village. Trapped and panicked, they died of smoke inhalation and burns. Some fell to their deaths when the fire escape collapsed. And many more leaped from the windows. In the end, 146 were killed in what was, until September 11, 2001, New York City’s deadliest workplace disaster.

Hirsch is sweating in the unrelenting heat. Instead of a jug of water, he carries a bag full of rocks. If he were Catholic, I’d say he was doing penance for some sins he can’t imagine will be forgiven. But he’s Jewish, dressed in a polo shirt, not a hair shirt, and the rocks are for placing on graves. Washington Cemetery is a Jewish cemetery and the placing of rocks or pebbles is tradition. “I do it so they’ll be remembered,” Hirsch says. He stops and tells me to look out at the gravestones. There is an ocean of them, spanning five sections of cemetery separated by avenues and bisected by the elevated F train. Most are old, some dating back to the 1800s, crooked and neglected. Hirsch wants me to see that they have no memorial stones placed on top of them. They have been forgotten, and it’s this forgetting that seems to pain Hirsch the most. Fighting the inexorable tide of time, he is determined not to let it happen.