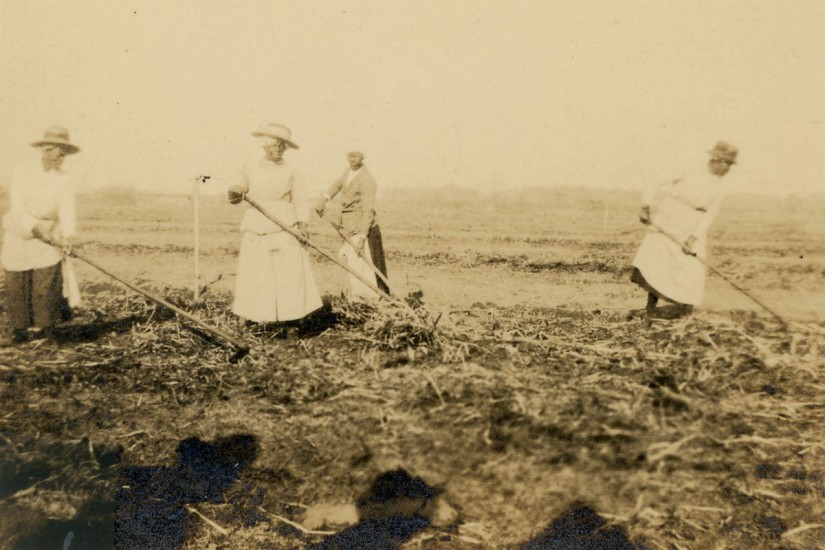 Rice’s deluded re-imagining of Lowcountry rice cultivation muted the harsh conditions and particular stringencies of enslaved labor in the region’s rice fields. This was a deliberate act, though not a unique one. Elizabeth Allston Pringle, the daughter of former South Carolina governor Robert F. W. Allston who held 630 African Americans enslaved in Georgetown County at the dawn of the Civil War, operated the remnants of the family’s rice labor camp in the postwar decades and was deeply simpatico with Rice’s ideas. Though other wealthy white South Carolinians had spun similar narratives in the decades since the end of the Civil War, Rice and Pringle were two of the most prominent voices advocating for the Lost Cause of the Lowcountry.

The history of Lost Cause mythology, in which white southerners enshrined the nobility of the Confederacy and slavery to justify their post-war creation of the racist regimes of Jim Crow, is well-trod ground by dozens of historians. Wealthy white South Carolinians like Pringle and Rice in the late nineteenth and early twentieth centuries included an additional element that connected environmental control of the Lowcountry with white supremacy. In the Lowcountry, the emergence of Jim Crow was as much an environmental phenomenon as a political one. White supremacists’ drive to destroy the political gains of Reconstruction was matched by their desire to control both Black labor and coastal landscapes. But as African Americans migrated away from the Lowcountry, as white supremacists violently seized political power in the region, and as rice cultivation diminished, the white elite turned their attention from the material to the memorial, forging a narrative about the beauty of Lowcountry rice cultivation that cast a glossy veil of moonlight and magnolias over the brutalities of slavery. The Lost Cause of the Lowcountry, located not only within the archive but engraved on the physical landscape, is a dangerous narrative that continues to undergird white supremacist ideology in South Carolina.

For white coastal elites, the maintenance of rice cultivation meant the maintenance of white supremacy. Pringle wrote extensively of her experiences as she attempted to control Black labor for the purpose of growing rice, with a keen disdain for the African Americans who worked her land and a sense of determination to preserve some aspects of the white supremacist regime under which she had grown up.