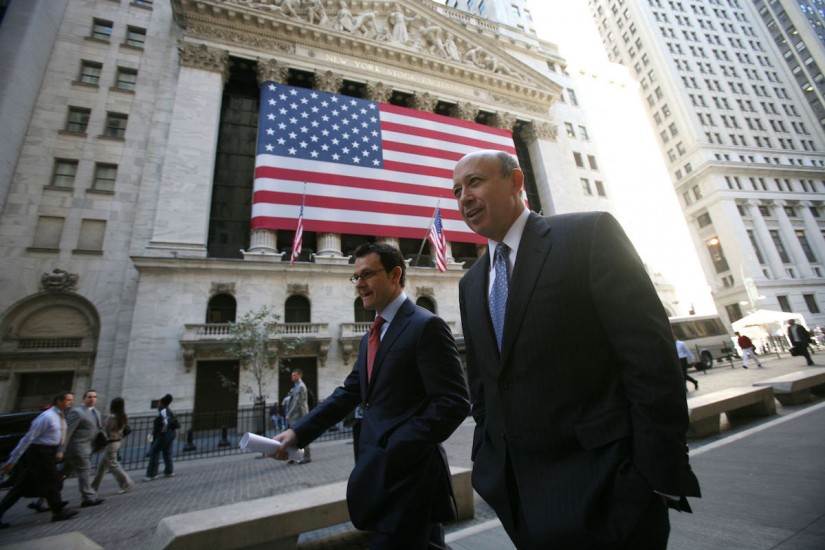 A Times analysis of Federal Reserve data last year found that, while the average American household was still thirty-per-cent poorer, in net worth, than in 2007, the top ten per cent of households were twenty-seven per cent wealthier than before the crisis. Another study, from the Washington Center for Equitable Growth, has found that the average income of the top one per cent of American families soared from nine hundred and ninety thousand dollars to $1.36 million between 2009 and 2015, while the incomes of the remaining ninety-nine per cent crept up from $45,300 to $48,800.

The men in the e-mail have fared particularly well. Blankfein left the firm with an eighty-five-million-dollar payout. Van Praag ended up at Teneo Holdings, an advisory firm co-founded by Doug Band, a longtime consigliere to Bill and Hillary Clinton. (Incidentally, one of the most politically damaging e-mails unearthed in the Russian hack of John Podesta, Hillary Clinton’s campaign chairman, was a transcript of a speech Clinton gave in 2013, to Goldman Sachs.) The president of Goldman at the time, Gary Cohn, would, of course, go on to work for the man who defeated Clinton, Donald Trump, who seemed to share the public’s anger at Wall Street’s impunity until, as the President, he delivered Wall Street the great present of tax cuts that, in the first quarter of this year alone, made America’s five biggest banks $2.5 billion richer, according to a Wall Street Journal analysis. Cohn, having been part of the machinery that caused the meltdown, gained a chance to serve in government thanks, in part, to the rage it aroused—the arsonist reinvented as firefighter.

Perhaps the most telling thing that the e-mail foretold was how finance would, in the coming years, use giving to protect its right to keep taking. Making a difference, when done right, is a great way to protect your opportunity to make a killing—which is why there are so many galas in New York and, at the same time, so much inequality. But I will tell you, having spent the past few years reporting a book on wealthy givers and their attempts to change the world (without changing their own elevated positions in it), that there is seldom a smoking gun connecting the giving to the taking. Rich people stand atop a system they are clearly reluctant to change in any major way, even as they throw scraps down from on high.