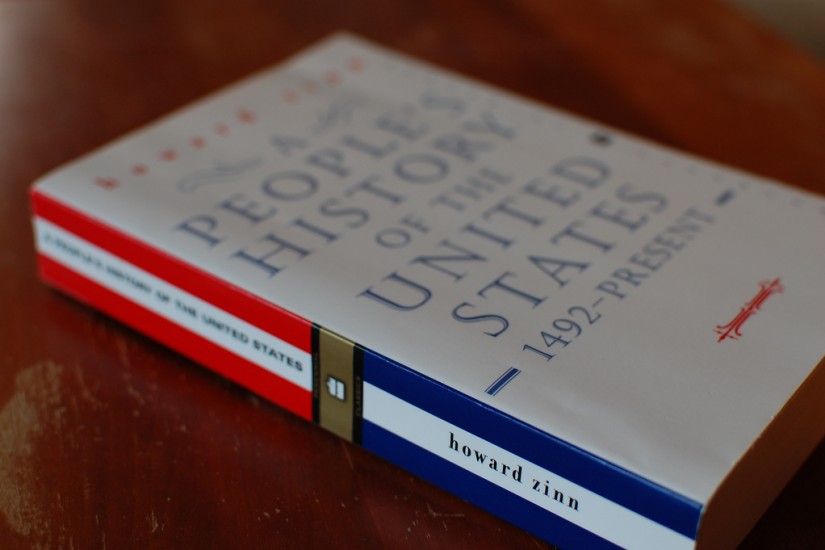 History, for Zinn, is looked at from “the bottom up”: a view “of the Constitution from the standpoint of the slaves, of Andrew Jackson as seen by the Cherokees, of the Civil War as seen by the New York Irish, of the Mexican war as seen by the deserting soldiers of Scott’s army.” Decades before we thought in such terms, Zinn provided a history for the 99 percent. Many teachers view A People’s History as an anti-textbook, a corrective to the narratives of progress dispensed by the state. This is undoubtedly true on a topical level. When learning about the Spanish-American War, students don’t read about Teddy Roosevelt charging up San Juan Hill. Instead, they follow the plight of foot soldiers sweltering in the Cuban tropics, clutching their stomachs, not from Spanish bullets but from food poisoning caused by rancid meat sold to the army by Armour & Company. Such stories acquaint students with a history too often hidden and too quickly brushed aside by traditional textbooks.

But in other ways—ways that strike at the very heart of what it means to learn history as a discipline—A People’s History is closer to students’ state-approved texts than its advocates are wont to admit. Like traditional textbooks, A People’s History relies almost entirely on secondary sources, with no archival research to thicken its narrative. Like traditional textbooks, the book is naked of footnotes, thwarting inquisitive readers who seek to retrace the author’s interpretative steps. And, like students’ textbooks, when A People’s History draws on primary sources, these documents serve to prop up the main text but never provide an alternative view or open a new field of vision.

Howard Zinn has the same right as any author to choose one interpretation over another, to select which topics to include or ignore. I find myself agreeing with A People’s History in some places (such as the Indian Removal Act, and the duplicity and racism of the Wilson administration) and shaking my head in disbelief at others (e.g., Zinn’s conflation of the party of Lincoln with the Democratic Party of Jefferson Davis). Yet where my proclivities align with or depart from Zinn’s is beside the point.

I am less concerned with what Zinn says than his warrant for saying it, less interested in the words that meet the eye than with the book’s interpretive circuitry, which doesn’t. Largely invisible to the casual reader are the moves and strategies that Zinn uses to bind evidence to conclusion, to convince readers that his interpretations are right.
…
View on Slate
View Connections