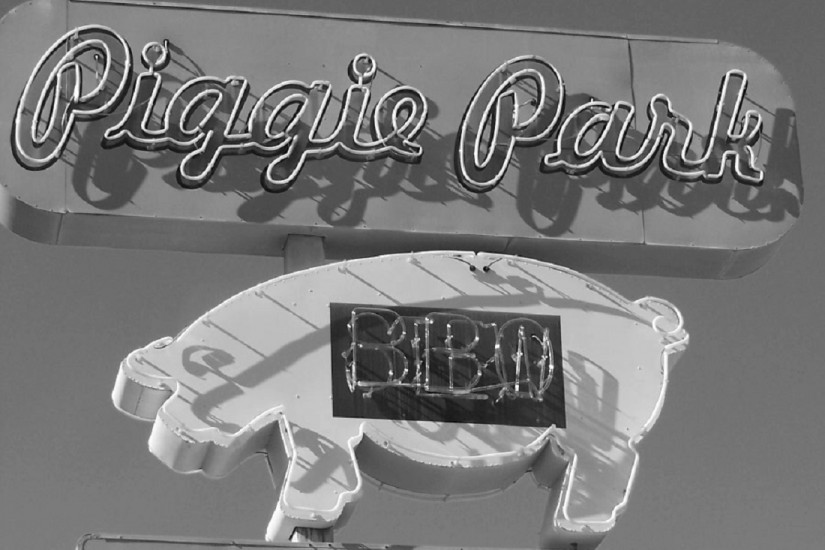 “I was getting ready to get up and talk,” Purvis said. “I was sitting there very quietly in a corner, and a woman came up to me and said, ‘So, is it O.K. to go back to the Piggie Park?’ ”

The woman was referring to Maurice’s Piggie Park, a small chain of barbecue restaurants, established in West Columbia, South Carolina, in 1953. The original restaurant occupies a barnlike building on a busy intersection and is presided over by a regionally famous electric marquee that features the boast “WORLD’S BEST BAR-B-Q,” along with a grinning piglet named Little Joe. The Piggie Park is important in the history of barbecue, which is more or less the history of America. One reason is that its founder, Maurice Bessinger, popularized the yellow, mustard-based sauce that typifies the barbecue of South Carolina’s Midlands area. Another is that Bessinger was a white supremacist who, in 1968, went to the Supreme Court in an unsuccessful fight against desegregation, and, in 1974, ran a losing gubernatorial campaign, wearing a white suit and riding a white horse.

In 2000, when the Confederate flag was removed from the South Carolina statehouse dome, Bessinger raised Confederate flags over all his restaurants. (By then, there were nine.) A king-sheet-size version went up over the West Columbia location, where he had long distributed tracts alleging, for example, that “African slaves blessed the Lord for allowing them to be enslaved and sent to America.” He was a figure whose hate spawned contempt, leading a writer from the Charleston City Paper to fantasize about how “Satan and his minions would slather his body in mustard-based BBQ sauce before they dined.”

In 2007, Bessinger, who suffered from Alzheimer’s at the end of his life, handed the business over to his two sons, Paul and Lloyd, and a daughter, Debbie. In the months before his death, in 2014, they took down the flags and got rid of the slavery pamphlets. “Dad liked politics,” Lloyd, who serves as the public face of the operation, told a reporter. “That’s not something we’re interested in doing. We want to serve great barbecue.”