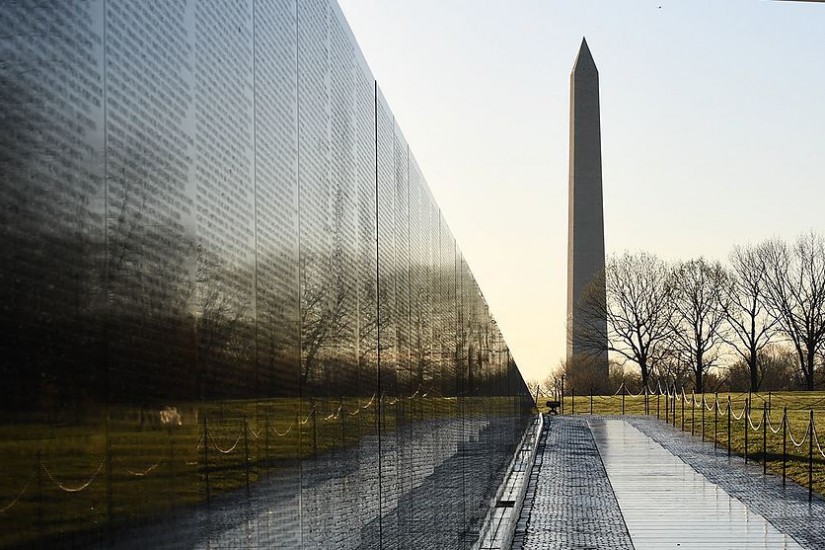 Trump could reasonably have claimed that he had an electoral mandate to wind down the Global War on Terrorism, with its many theaters. But he did the opposite. Given the context of his campaign message, that he sustains the military campaign in Afghanistan and expands U.S. involvement and support to conflicts elsewhere, confounds some.

The impulse driving the Trump administration to double down on foolish and unnecessary conflicts speaks to the key themes of Montgomery’s article on war memorials: The United States is in the business of war. It’s what we do. In the eyes of many Americans, war has become what makes America great.

So said former marine Scott Stump, the president of the National Desert Storm War Memorial Association. Stump campaigned tirelessly for a memorial on behalf of the over 700,000 Americans who served in the wars that reversed Saddam Hussein’s invasion and occupation of Kuwait in 1991.

This means he claims to speak for me. I’m a veteran of that war. As a junior officer onboard USS Ticonderoga, a guided missile cruiser, at the tail end of a scheduled six-month Mediterranean deployment, I witnessed first-hand the earliest phase of America’s intervention from the middle of the Red Sea. Less than a year later, the ship we affectionately called Tico returned to the region, this time all the way from Norfolk. By then the shooting had stopped.

Skeptics dismissed the short campaign, fought from mid-January to the end of February 1991, as a “video-game war,” over almost before it began. Stump disagreed. The war “was a really big deal… It validated that America was back in business.”

Such sentiment worried the University of Virginia’s Elizabeth K. Meyer, a professor of landscape architecture, and the lone dissenter on the U.S. Commission of Fine Arts, the body entrusted with the task of deciding what does or does not get built in the nation’s capital. When the commission heard testimony from Stump and others, Meyer pushed back. “The mall is a public space that symbolizes our collective national identity, and we’re more than wars.”

Her objection was noted — and ignored. The National Desert Storm and Desert Shield Memorial will be constructed on the southwest corner of Constitution Avenue and 23rd Street NW, not far from the Vietnam and Lincoln Memorials. It is expected to be ready for visitors in 2021.

It wasn’t always this way.

…
View on War on the Rocks
View Connections