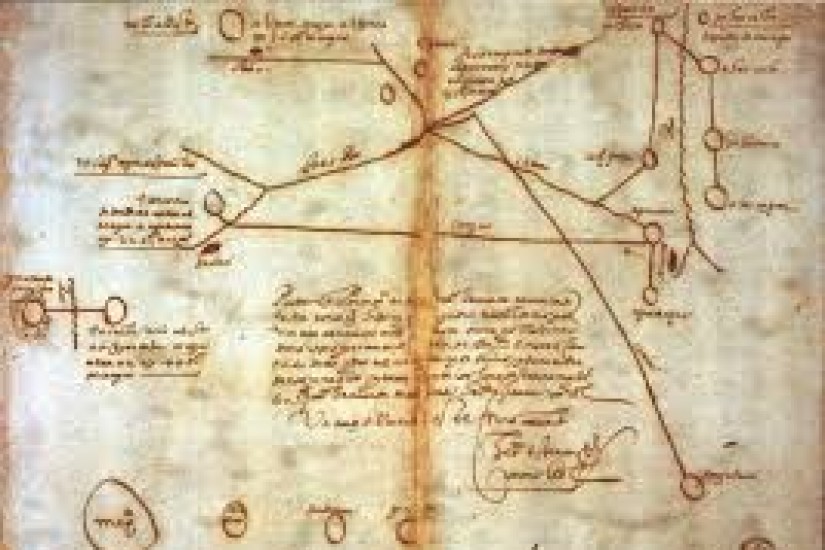 A 1602 map representing native settlements. Etzanoa is depicted by two circles with a diagonal line between them at the top center of the map.
General Archives of Maps and Plans, Mexico City
…

“I don’t think anyone knew how big this all was,” he said. “I’m glad they’re finally getting to the bottom of it.”

Kansas State Archaeologist Robert Hoard said that based on the Spanish accounts and the evidence of a large settlement, it’s “plausible” that Blakeslee has found Etzanoa.

The early Great Plains had long been imagined as a vast empty space populated by nomadic tribes following buffalo herds. But if Blakeslee is right, at least some of the tribes were urban. They built large towns, raised crops, made fine pottery, processed bison on a massive scale and led a settled existence. There were trade connections all the way to the Aztec capital Tenochtitlan in Mexico.

"So this was not some remote place. The people traded and lived in huge communities," Blakeslee said. "Everything we thought we knew turns out to be wrong. I think this needs a place in every schoolbook."

And that may just be the beginning. Blakeslee has found archaeological evidence in Rice and McPherson counties for other large settlements extending for miles, which he believes existed around the same time as Etzanoa.

He has published his findings in the peer-reviewed journal Plains Anthropologist, and next spring he will present his evidence for Etzanoa at the annual meeting of the Society for American Archaeology. A bigger excavation is planned for next summer.