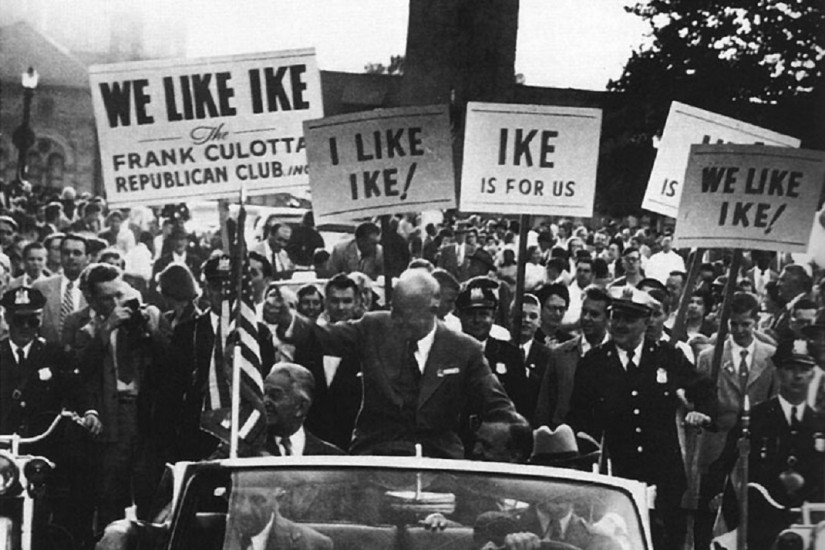 By fusing together faith and freedom, Ike's first hundred days remade the nation in a way that rivaled FDR's revolution in significance. From that vital opening act of his administration, and then throughout the length of his presidency, Americans were told, time and time again, that their country not only should be a Christian nation but that it had always been one. In a lasting triumph for Eisenhower, they soon came to believe that the United States of America was "one nation under God."

This model of cultural transformation seems tailor-made for a president who promised, above all else, to "make America great again." A little like Ike, Trump called for a renewal of patriotic spirit and a restoration of Americans' confidence. But the embarrassments of his early months have done anything but inspire his countrymen.

While most presidents begin their term with broad public approval, Trump's ratings have been underwater virtually his entire term. His Gallup approval rating sits below 40%, well below all other presidents in the modern era. In sharp contrast, Dwight Eisenhower—who didn't pursue much of a legislative agenda but transformed the political culture—finished his first hundred days with a Gallup approval rating of 73%.

Indeed, if anything, Trump's most notable achievement in his first hundred days has been to mobilize mass opposition to his administration. Between the Women's Marches, the Tax March, and the March for Science, to name just a few, Americans have taken to the streets in considerable numbers to signal their resistance on a wide range of issues.

The Trump White House won't single that out as an accomplishment of its early months but, rest assured, historians will.