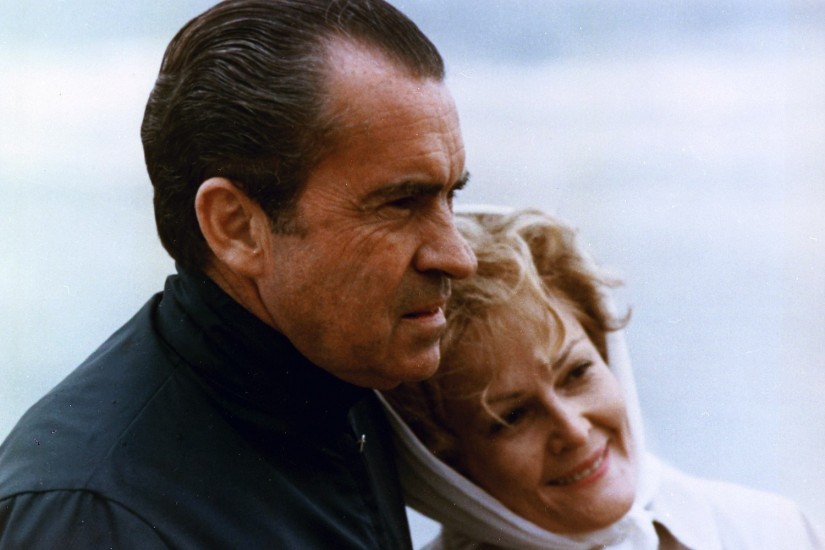 Pat Nixon was formidable. That year, during a visit to Vietnam, she became the first first lady to enter an active combat zone since World War II. But her relationship with the president could be a challenge. “No question it was a tough marriage,” Bob Woodward would tell Nixon biographer Fawn Brodie in 1980. “Even the people we talked to, who were very defensive about him, just felt that he didn’t treat her very well.”

Alexander Butterfield, the Nixon aide who revealed the president’s secret taping apparatus, told Woodward not long ago that the first lady was “borderline abused.” Nixon would ignore her when they were together. “I wanted to shake him. ‘Answer her, goddamn it; she’s your wife!’”

There have also been darker reports, many of which were rounded up in Anthony Summers and Robbyn Swan’s 2000 Nixon biography, The Arrogance of Power. For instance: Allegations that Nixon “kicked the hell” out of Pat in 1962. That, after telling America that the country would not have him to “kick around anymore,” the former vice president “beat the hell” out of her. That, in fact, she had been so injured “she could not go out the next day.” That, on an unspecified occasion, one aide or perhaps more “had to run in and pull [Nixon] off Pat,” who sustained bruises on her face.

That Nixon struck his wife while he was president.

The allegations have, for the most part, been in the public record for decades. (The Nixons’ daughter, Tricia Nixon Cox, unequivocally denied the allegations made in The Arrogance of Power in 2000.) But they remain relatively unexamined, particularly considering the severity. The scrutiny is not commensurate with the accusations.

For years, journalists and historians have mostly danced around the reports, gently poking and prodding. Nixon chroniclers tend either to acknowledge that the reports exist without assessing their reliability, or they ignore them altogether. A conspicuous absence of specifics in the public record — dates, locations, and documentation — may be to blame for this, and, especially when writing about allegations of abuse, one must write with care and caution.