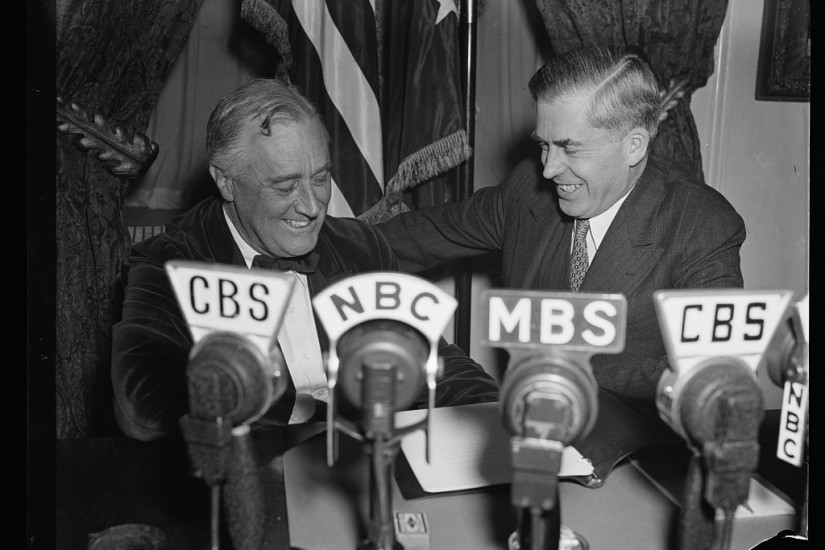 What is “democratic socialism” in contemporary America? In November 2015, with the Iowa caucuses on the horizon, Bernie Sanders finally tackled the question head-on in a much-publicized speech at Georgetown University. Democratic socialism, he told his audience, is what Franklin Roosevelt’s New Deal did. FDR’s unfinished vision of a second bill of rights, an “economic bill of rights,” “is my vision today,” Sanders remarked.

Now, two and a half years later, Alexandria Ocasio-Cortez has vaulted onto the national political scene on a platform that sounds unmistakably familiar to students of American liberalism: Medicare for all, a job guarantee, housing programs, a new Glass-Steagall Act, and a green . . . New Deal. Democratic socialism, apparently, is less Eugene V. Debs than it is a more successful Harry Truman.

This appropriation of liberal reform under the banner of socialism has inspired a number of writers to point out that the New Deal was not, in fact, socialist—and to accuse Sanders, Ocasio-Cortez, and their aspiring democratic-socialist counterparts of muddying the waters by conflating theoretically distinct concepts. These critiques rest on a set of uncontestable historical facts. The New Dealers—starting with Roosevelt himself—believed their basic mission was to save capitalism. For their part, many socialists saw FDR as a formidable adversary to their movement, a state capitalist who seduced the working class with a piper’s song of reform. (Socialists who worked in the Roosevelt administration saw the humorous irony of their situation: “We socialists are trying to save capitalism,” the New Deal lawyer Jerome Frank remarked to the economist Stuart Chase, “and the damned capitalists won’t let us.”) And there is no question that the depiction of the New Deal as “socialist” originated as a conservative effort to delegitimize liberal reform—indeed, as a number of commentators have pointed out, the fantastical way in which conservatives have contorted the meaning of the term to assail even moderate liberal policies like the Affordable Care Act has helped destigmatize socialism in the American political discourse.

The New Deal itself had anticapitalist elements, but except around the margins, it did not threaten private ownership of the means of production. As the historian David Kennedy has pointed out, America stands nearly alone among the rich countries in having emerged from the Great Depression with no major new state-owned enterprises. The New Deal did not usher in even the soft collectivism of postwar Britain. One could argue, with a bit of hyperbole, that the New Deal’s long-term legacy lies just as much in the boosterish developmentalism it unleashed, particularly in the South and West, as in its regulatory, labor, and welfare-state reforms.

But look from another angle, and the picture appears different—and perhaps more useful in thinking through our own political moment.