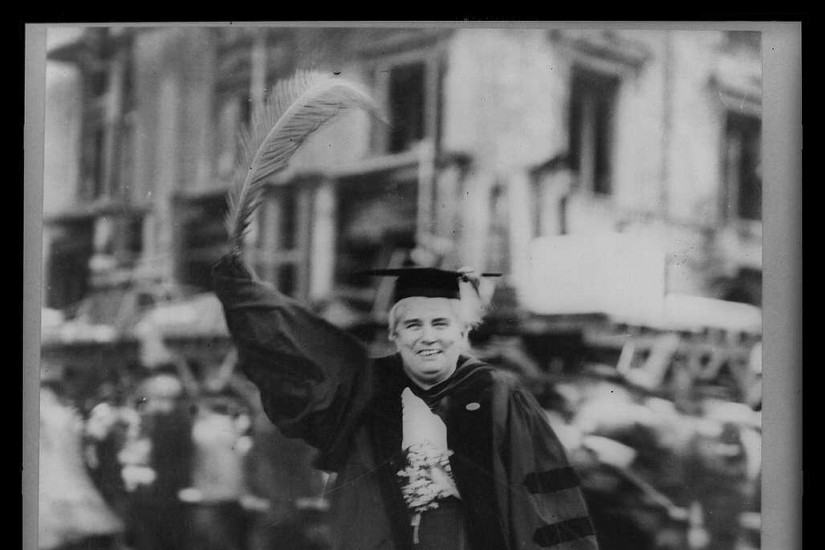 In September 1914, the nationally renowned suffragist Anna Howard Shaw spoke to a large crowd at a Congregational Church in Yankton County, South Dakota. Shaw, a slight but charismatic 67-year-old, was a masterful speaker who could be both reserved and lively. She was there to support an amendment on the ballot that would give women in the state the right to vote. It was neither her first visit to South Dakota nor even to Yankton County; during South Dakota’s 1890 suffrage campaign—its first of seven—Shaw had given a forceful lecture at an annual fundraising bazaar for the Methodist Church’s Ladies’ Aid Society. Nearly 25 years had passed, but Shaw’s resolve had not wavered, and she remained a spellbinding orator. The editor of the Dakota Herald, one of Yankton County’s local newspapers, called her “brilliant,” “delightful,” and “convincing.”

That Shaw, who was president of the National American Woman Suffrage Association, had come to a Midwestern state like South Dakota was not unusual; the region had a rich but contentious history with woman suffrage. The familiar narrative of women’s struggle to win the vote places national leaders like Shaw, Susan B. Anthony, and Carrie Chapman Catt on the East Coast, marching in parades in New York City or Washington, D.C. And that narrative defines their fight as a matter of women’s rights, based on calls for liberty and equality. But looking more closely at Shaw’s speech reveals the regional complexity of the movement—which was nationwide, and entangled in complicated local and regional issues that were not purely about justice. Shaw’s riveting address combined the struggle for woman suffrage with a broader debate about immigration in the region that ultimately asked difficult questions about a person’s “fitness” to vote.

Midwestern states like South Dakota had large immigrant populations, the majority from Germany, who tended to view woman suffrage with a mix of skepticism and hostility. Often living on farms in isolated ethnic enclaves, some opposed the cause because they espoused conventional gender roles and thought politics too corrupt for women. Others feared that women voters would seek to curtail cherished cultural practices like drinking, and argued that suffragists merely wanted the ballot to institute prohibition.