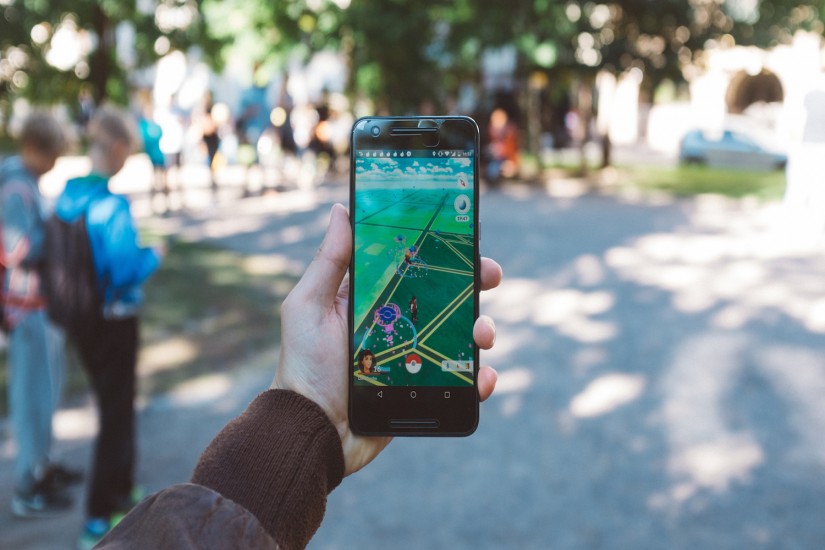 In Pokémon Go, players use a smartphone app to track cartoon animals around physical space. The game populates its digital world using historical markers, so old headstones or memorials can become pilgrimage sites for Pokémon-seekers. All over the country, I’ve walked through rows of graves, immersed in my phone, searching out locations called “Praying Angel” or “Lady in Mourning.”

In Charlottesville, however, Pokémon Go reveals a landscape of racial devastation. Just up the block from the pleasant street on which I live, the game directs me to a site called “Unmarked Slave Graveyard.” On my phone, I read the app’s descriptive text, which must come from a historical marker so small that I can’t locate it anywhere in the physical world. The game teaches me that “This area contains unmarked graves believed to be those of slaves of the Maury family, owners of Piedmont in the nineteenth century.”

“Unmarked Slave Graveyard” is not a cemetery; it is the absence of one. It is a public space that marks a group of people who were never permitted to constitute the public. If I continue to walk closer into town, I can also play at “Civil War Confederate Dead Memorial,” which is unmistakably a cemetery. The game text here reads, pulling from another historical marker, “Fate denied them victory but crowned them with glorious immortality.” Whatever immortality the enslaved people of Charlottesville may have, it is only because their descendants, those who still live in town, have willed it.

At the time of General Lee’s surrender, Albemarle County, where the city of Charlottesville is located, was about 54 percent black — mostly enslaved people, some free. But as is the case across the U.S. South, white terror decimated that majority. Now residential neighborhoods have been carved out of plantations, reshaping landscapes of pillage into chunks of twentieth-century ranch-houses as if from a blood-stained clay. This haphazard reconstruction did little to bury the horrors — rape, lynching, dehumanization, sterilization — beneath the soil. Instead, the opposite: it is pro-Confederate historical markers and statues that rise up from the earth, towering over the landscape.

I am ashamed to play Pokémon Go at an Unmarked Slave Graveyard, and I am also ashamed that without Pokémon Go, I may never have known that there is this small memorial in my neighborhood.