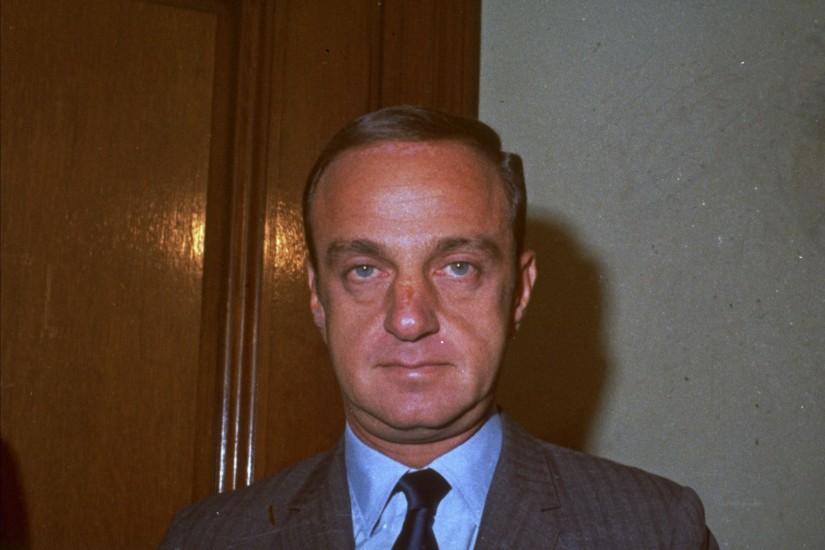 In early March, President Trump sent four tweets accusing his predecessor of wiretapping the phones in Trump Tower in the months before the 2016 election. The tweets were just the latest manifestation of Trump’s preoccupation with eavesdropping and surveillance—one that can be traced back decades. As BuzzFeed’s Aram Roston reported last summer, during the mid-two-thousands, Trump kept a telephone console in his bedroom at his Mar-a-Lago resort, in Palm Beach, that allowed him to listen in on phone calls between his employees and, sometimes, staff and guests. (Trump denied this.) In the mid-nineteen-eighties, Trump allowed Tony Schwartz, his ghostwriter, to listen in on his private phone calls with bankers, lawyers, and developers, as Schwartz wrote “The Art of the Deal.” And, in the nineteen-seventies and eighties, many of Trump’s private conversations with his late mentor, the lawyer Roy Cohn, were eavesdropped on by Cohn’s longtime switchboard operator and courier, whose activities were later exposed.

Cohn, who had been an aide to Senator Joe McCarthy, in the nineteen-fifties, was a political fixer and lawyer who represented New York power brokers, from the Yankees owner George Steinbrenner to the mob boss Carlo Gambino. Trump was one of his favorite clients; before Cohn’s death, of AIDS-related complications, in 1986, the two men talked up to five times a day and partied together at Studio 54 and other night clubs. “Roy was brutal, but he was a very loyal guy,” Trump told the writer Tim O’Brien, in 2005. “He brutalized for you.”

Christine Seymour had recently graduated from Sarah Lawrence College when she started working at the back of Cohn’s office as a switchboard operator, connecting calls with clients including Nancy Reagan, Gloria Vanderbilt, and the mobsters Gambino and Anthony (Fat Tony) Salerno. “She listened in to all of them,” Susan Bell, Cohn’s longtime secretary, recalled recently. “Not at his direction, but he knew.” A pretty brunette, Seymour was, according to her brothers, brash and funny, with a gossipy sense of humor. Cohn had his reasons for tolerating her behavior. “She was very efficient, and he liked that about her,” Bell said. “She would work anytime, day or night. She was always at his beck and call.”