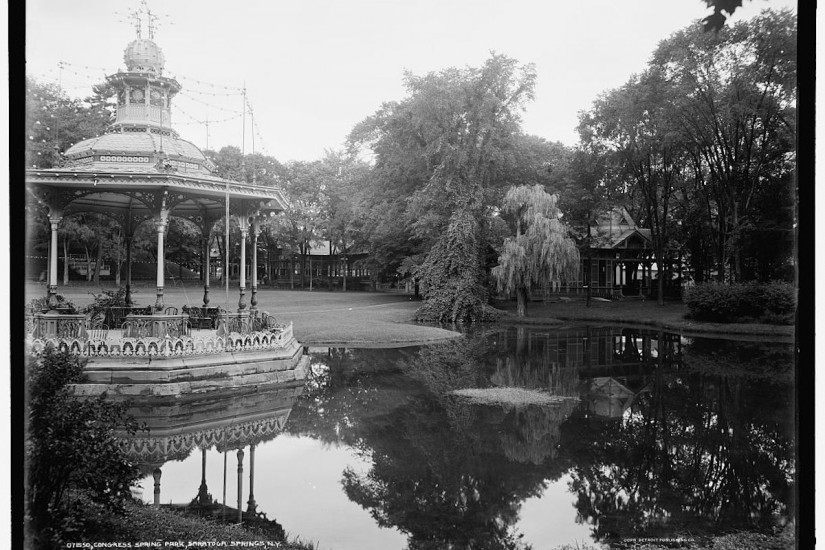 One month and eight days before world leaders signed the Armistice to end the First World War, New York Governor Charles Whitman wrote to Surgeon General William Gorgas to ensure that his state would play a role in caring for America’s veterans. He advocated on behalf of Saratoga Springs, a vibrant city forty miles north of Albany, to convince the U.S. Army to establish a General Hospital there for the treatment of “wounded and incapacitated soldiers.” He referenced the large area of state-owned land, the hotel space available for hospital use, and the famous carbonated mineral spring water, “flowing in almost unlimited quantity from a number of deep springs and wells” which were “without a parallel on this continent.”

Whitman’s letter joined a plethora of other appeals from Saratoga hotel owners and New York State bureaucrats beginning in October 1917 hoping to open the doors and the waters to returning veterans, reflecting a point of intersection between veteran health care and environmental therapy.

The Saratoga petitions and the Surgeon General’s ultimate decision against using the town both stand at the crossroads of a variety of turn-of-the-century impulses. The State’s appeal to the federal government contributes to understandings of how New Yorkers sought to show their patriotism spanning the entirety of the 1914-1918 war. In fact, the relatively small city, much like New York more broadly, was everything but immune to the encompassing power of war.

Details within the written communication also reveal how the Army chose locations for their expanding, yet relatively short-lived expanse of U.S. Army General Hospitals immediately following the war, a process that often seems shrouded in the mechanisms of state development. And it demonstrates how New Yorkers joined other Progressive Era environmental-related health movements through their utilization of hydrotherapeutic measures and clean air to sell the government on Saratoga Springs as a place where veterans could heal in the spas of the northeast.

The springs of Saratoga have a long history of use for healing.