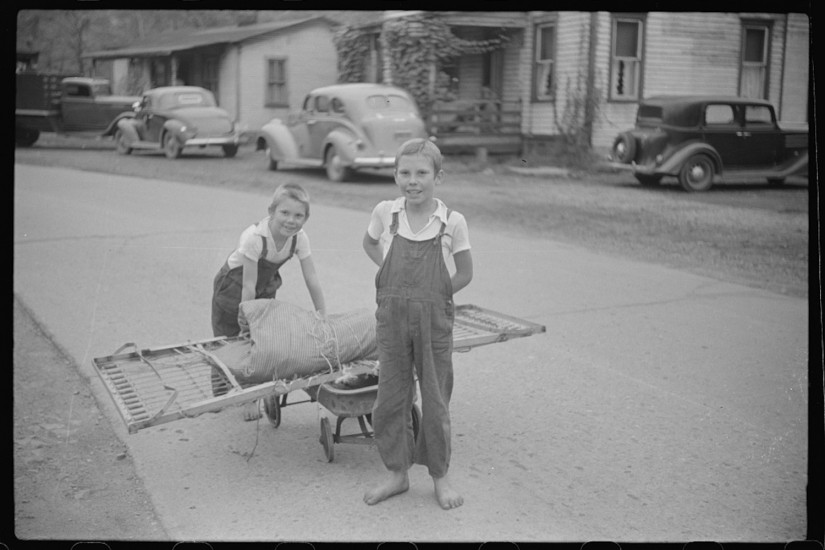 The UMWA spent much of the first two decades of the 20th century trying to unionize these coal fields. The tensions between, on one side, the union and the miners and, on the other side, the coal companies and their hired thugs led to several armed conflicts over the decades. In 1920, the governor of West Virginia declared martial law in the coal fields. He enlisted the Baldwin-Felts guys as militia men, and they arrested and jailed anyone they could find with union ties. Most of the men arrested were not charged with any crime. Two men who the state militia arrested and actually charged and put on trial were the pro-union sheriff of Matewan, West Virginia, Sid Hatfield, and his deputy, Ed Chambers. On August 1, 1921, when Hatfield and Chambers showed up at the courthouse unarmed for their trial, they were brutally murdered in broad daylight by Baldwin-Felts thugs. Though there were dozens of witnesses, C. E. Lively, the murderer, was never charged. The fact that hundreds of union miners were in jail with no charges pending and Lively was allowed to get away with murder was too much. The Battle of Blair Mountain erupted.

James M. Cain was familiar with this history. He outlines much of it in his 1922 article for The Atlantic. Strangely for Cain, he does not linger long on the violence, the cruelty, or the weaknesses and passions that allow for these conditions to perpetuate. He focuses more on numbers: how much coal was being dug, who was making the money, and how much. Toward the end of his article, he argues that there is only one solution for the ongoing coal wars: “This is to put the whole country on a union basis.” When Cain wrote these sentences, much of the nation was convinced that the miners were Bolsheviks trying to enact a Soviet-style revolution in the coal fields. Cain knew better. He’d spoken personally with the miners and discussed politics. He’d discovered that the miners were not only not Bolsheviks; they didn’t know what Bolsheviks were. They didn’t know who Karl Marx was. Most had never even heard of the Soviet Union. And so Cain, an idealistic young journalist who prided himself in not being for sale, bucked public opinion and spoke truth as he saw it.

This doesn’t suggest, however, that Cain was entirely on the side of the miners.