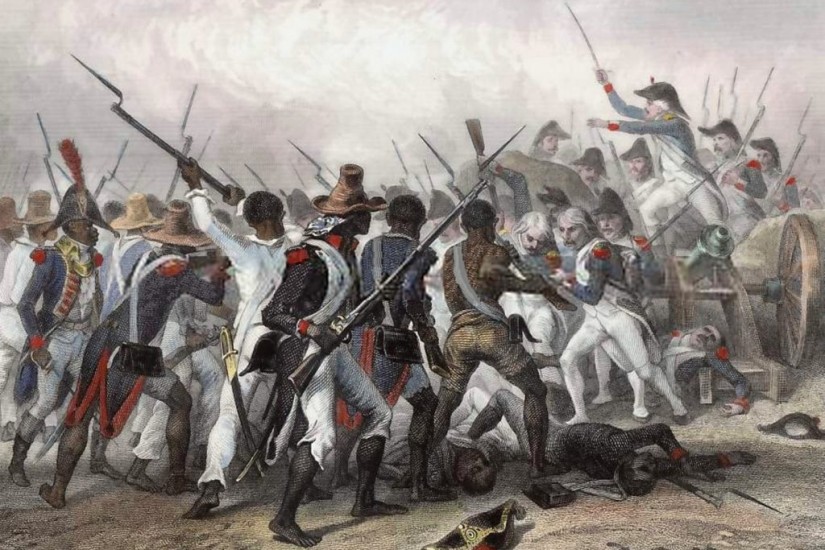 Anonymous engraving of the Battle of Vertières that ended the Haitian War of Independence.

What are the defining themes of African American history? Scholars have considered this question since the advent of black historical writing in the nineteenth-century. Their answers have varied, ranging from slavery and freedom to migration to struggle and progress. But, at the heart of all of these responses, is the acknowledgement of the dichotomies that have defined the black experience in the United States. Movement has brought relief from and exposure to oppression. Victories have not come without loss. Amid pain, there has been pleasure.

While historians have most often provided their thematic frameworks for African American history in the form of sweeping narrative synthesis, Gerald Horne has chosen a different path. Over the course of his illustrious career, Horne has published more than thirty books exploring subjects including but not limited to race and racism, labor, black internationalism, politics, civil rights, entertainment, diplomatic relations, and war. He has neither spared any corner of the African Diaspora nor neglected any time period in his explorations of those subjects. Still, despite that daunting chronological, geographic, and topical scope, Horne has provided real coherence. In fact, taken together, his books provide a more potent and internationalist framework for African American history: revolution and repression.

Like struggle and progress, revolution and repression are intertwined. That has always been the case for African Americans. Even before the United States came into being, black people tried to overturn a social order built on European imperialism and African enslavement. They sought revolution, often by forging transnational alliances with people and governments who either shared their interests or opposed those of their oppressors. Repression met those efforts. The architects and beneficiaries of the social order that black people and their allies opposed have often used violence, surveillance, political corruption, and the powers of the state to suppress revolution. They have waged war against it, fighting with some success and frustration against revolutionaries who dreamed enduring dreams of liberation for themselves and their world.