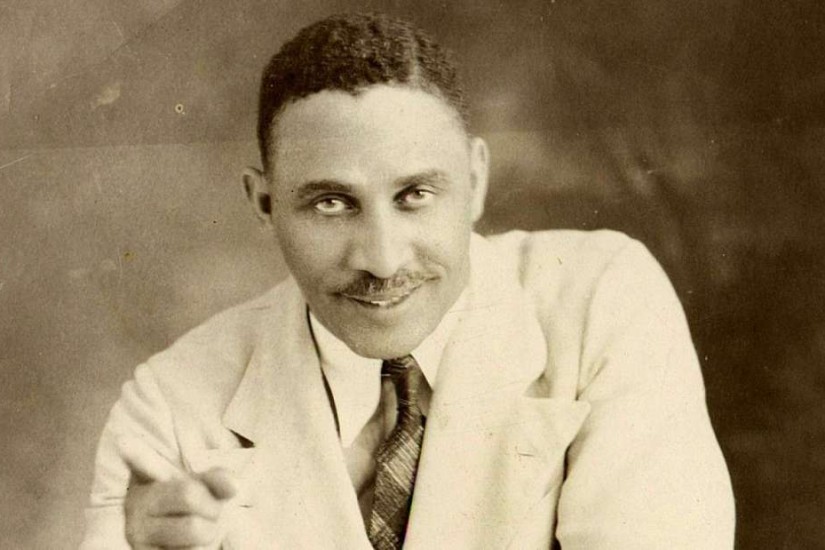 In 2017, the National Archives released a new trove of FBI files in response to a Freedom of Information Act request I made. The security-screened documents reveal how the bureau solicited and received sacred assistance in their crusade to discredit Martin Luther King, Jr. during the civil rights movement. The FBI’s efforts to destroy King’s reputation are well known, but less known is how the bureau colluded with Elder Lightfoot Solomon Michaux, then a widely successful black radio preacher and televangelist, in their campaign against King. Michaux coordinated with the FBI to protest King and to preach sermons that laundered the bureau’s counterintelligence against the civil rights icon. As the nation marks 50 years since the untimely assassination of King, the revelation prompts a time of reflection for the televangelists that comprise President Trump’s evangelical advisory board specifically, and people of faith more broadly.

Michaux was one of the nation’s leading clergymen from the beginning of his national CBS radio show in 1929 until his death in 1968. He became the nation’s first minister—black or white—to have his own weekly television show beginning in 1947. With little formal education, the leader of the non-denominational Church of God utilized his radio and later television fame to become an insider at the White House. He offered invocations for President Franklin Roosevelt at public events. The Roosevelt administration in turn granted him a large loan to construct segregated public housing in Washington, D.C. At the time, it was the largest loan ever given to an African American organization. He was also a favorite of President Harry Truman, visiting the White House several times, and even introducing Truman to black luminaries such as heavyweight boxing champion Jersey Joe Walcott. Michaux was also one of the most frequent black guests at the White House under President Dwight Eisenhower. However, his closest relationship in the executive branch was with FBI Director J. Edgar Hoover.

The two began corresponding in 1939 and they became quick friends. Hoover, a Sunday school teacher and trustee of the National Presbyterian Church in D.C., was a fan of Michaux’s television ministry. “Whenever I am home,” he wrote to Michaux, “I always endeavor to follow you on television. … I think that you have been making a very fine contribution.” The admiration was mutual, with Michaux seeing Hoover as “a minister of God” and his FBI as “second in importance only to the church.” They shared the belief that America was a Christian nation whose democracy could be perfected through individual Christian salvation, not the restructuring of prevailing social, political, or economic arrangements. There was nothing plaguing America’s perceived Christian democracy—not racism, poverty, nor communism—that a spiritual awakening could not fix. This belief set both men on a collision course with King and his religious calls for the restructuring of America’s racial and economic status quo.