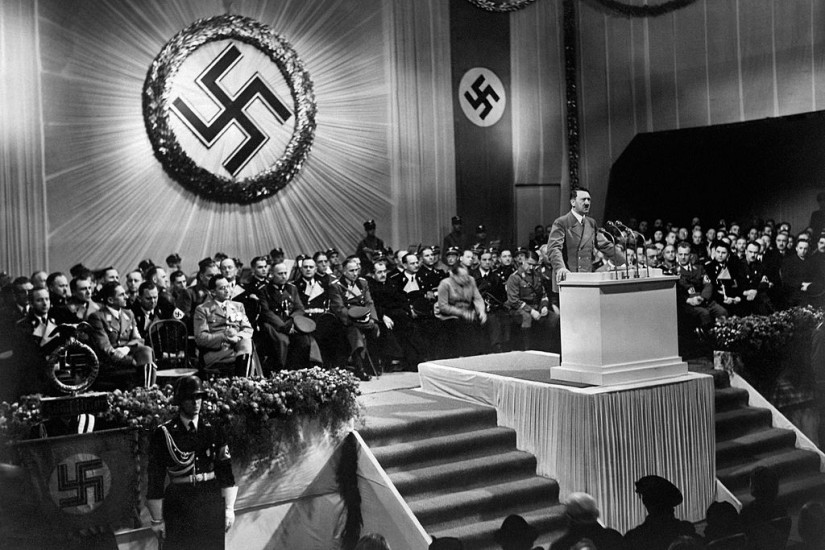 Such similarities, both actual and foreseeable, must not obscure a significant difference between the interwar democratic decline and our current situation. In his 1935 novel It Can’t Happen Here, Sinclair Lewis portrayed a Nazi-style takeover in the US, in which paramilitary forces of the newly elected populist president seize power by arresting many members of Congress and setting up a dictatorship replete with all-powerful local commissars, concentration camps, summary courts, and strict censorship, as well as the incarceration of all political opponents who do not succeed in fleeing over the Canadian border. Invoking the Nazi example was understandable then, and several aspects of democratic decline in the interwar period seem eerily similar to current trends, as I have noted. But the Nazi dictatorship, war, and genocide following the collapse of Weimar democracy are not proving very useful for understanding the direction in which we are moving today. I would argue that current trends reflect a significant divergence from the dictatorships of the 1930s.

The fascist movements of that time prided themselves on being overtly antidemocratic, and those that came to power in Italy and Germany boasted that their regimes were totalitarian. The most original revelation of the current wave of authoritarians is that the construction of overtly antidemocratic dictatorships aspiring to totalitarianism is unnecessary for holding power. Perhaps the most apt designation of this new authoritarianism is the insidious term “illiberal democracy.” Recep Tayyip Erdo?an in Turkey, Putin in Russia, Rodrigo Duterte in the Philippines, and Viktor Orbán in Hungary have all discovered that opposition parties can be left in existence and elections can be held in order to provide a fig leaf of democratic legitimacy, while in reality elections pose scant challenge to their power. Truly dangerous opposition leaders are neutralized or eliminated one way or another.

Total control of the press and other media is likewise unnecessary, since a flood of managed and fake news so pollutes the flow of information that facts and truth become irrelevant as shapers of public opinion. Once-independent judiciaries are gradually dismantled through selective purging and the appointment of politically reliable loyalists. Crony capitalism opens the way to a symbiosis of corruption and self-enrichment between political and business leaders. Xenophobic nationalism (and in many cases explicitly anti-immigrant white nationalism) as well as the prioritization of “law and order” over individual rights are also crucial to these regimes in mobilizing the popular support of their bases and stigmatizing their enemies.