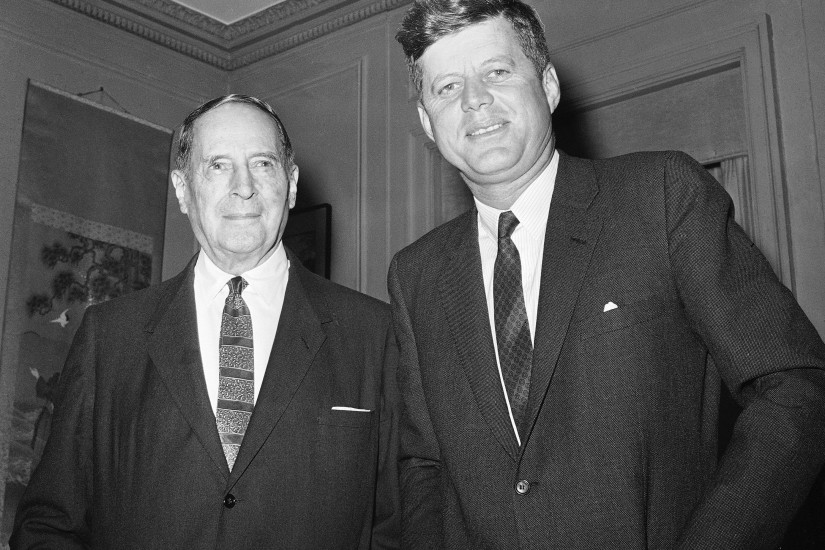 On April 28, 1961—a decade after General Douglas MacArthur was fired for defying Harry Truman on Korea—the controversial commander hosted President John F. Kennedy at New York’s Waldorf Astoria Hotel, where MacArthur and his wife lived in a suite on the 37th floor. The contrast between the two could not have been more obvious: MacArthur, then in his early eighties, was mottled, frail, and walked with a slight stoop, while the newly inaugurated Kennedy was young, fit, and vibrant. The two sequestered themselves in MacArthur’s suite, then posed for photographers, the young president obviously proud to appear with the aging legend.

Fortunately for historians, Kennedy recorded notes on his Waldorf Astoria discussion, committing MacArthur’s advice to a personal memorandum that he later referred to in White House policy discussions. The meeting itself was the subject of news stories and featured on national newscasts that same day. Later, the meeting provided grist for two generations of Kennedy-besotted commenters who debated whether the young president, had he not been assassinated in Dallas, might have recoiled from committing tens of thousands of U.S. troops to a winless war in Southeast Asia—a course of action taken by Lyndon Johnson, his successor.

It turns out that Kennedy’s memo of the Waldorf Astoria meeting (now at Boston’s John F. Kennedy Presidential Library & Museum) is crucial for historians for a number of other reasons. It offers not only a glimpse of how the young president intended to navigate the treacherous waters of the Cold War, but suggests how one of America’s most celebrated military officers viewed what might be called the grand strategy of the American Republic: that is, whether and how the U.S. might win its dangerous struggle against the Soviet Union. Finally, the Waldorf Astoria meeting tells us how MacArthur’s most famous warning—to “never fight a land war in Asia”—has come down to us, what he meant by it, and whether, in an age of American troop deployments in at least 133 countries, it retains its meaning.