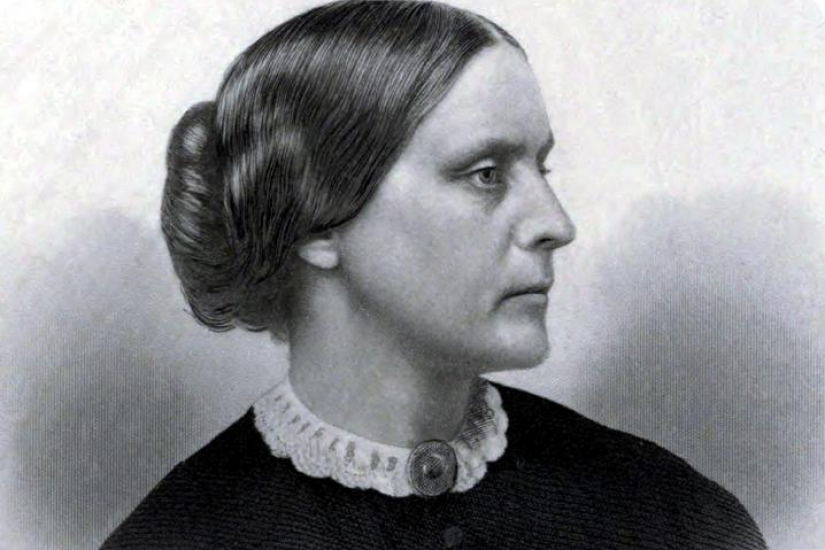 The primary documentary evidence for Anthony’s “opposition to Restellism,” a 19th-century euphemism for abortion, are a few diary entries; a newspaper editorial; and the fact that her short-lived feminist newspaper, the Revolution, declined advertisements for “quack medicines” including abortifacients. From that thin gruel, the museum makes a feast. Anthony wrote in her diary in 1876 that her sister-in-law, recovering from an abortion (“tampering with herself”) would “rue the day she forces nature,” for example. She was friendly with women who wrote about abortion in much harsher terms. An excerpt from a speech Anthony delivered in 1875 spans the entirety of the wall: “When the office of maternity shall be held sacred … then, and not till then, will this earth see a new order of men and women, prone to good rather evil.”

These quotes are accurate, but their implication is wildly misleading. Historians say there’s almost no evidence that Anthony was pro-life in anything close to the way that term is used today. “I’ve been handling press questions about this for more than 20 years,” said Ann Gordon, an historian who edited the six-volume Selected Papers of Elizabeth Cady Stanton and Susan B. Anthony. Pro-life activists have “got almost nothing to hang it on.”

That hasn’t stopped them from claiming Anthony as one of their own. Today, even as the modern feminist movement continues to embrace Anthony as its foremost 19th-century avatar, the modern pro-life movement is on a quest to make her the face of opposition to abortion. With an education campaign reinforced through books, articles, campus outreach, and institutions like the birthplace museum, the pro-life movement is making steady progress in rewriting what Anthony means to us. Their success shows just how quickly motivated forces can change the image of a major historical figure—and how tempting it can be to paint an earlier era as a reflection of our own.