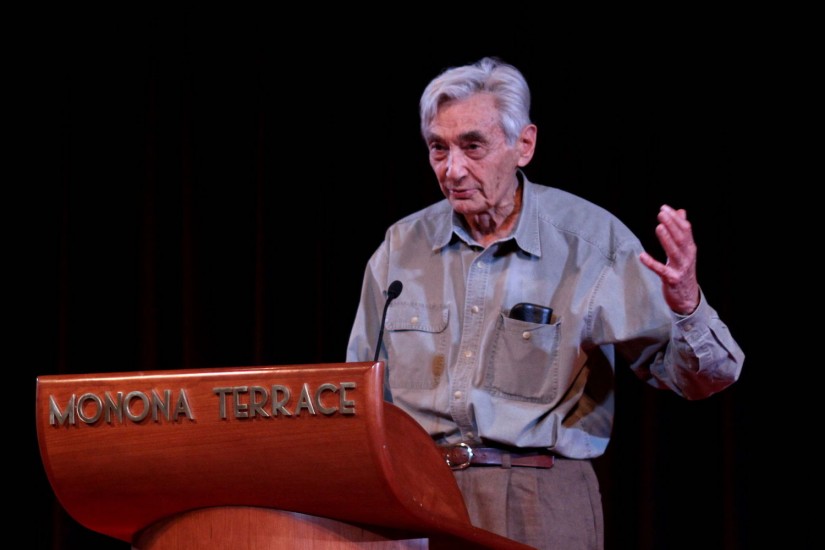 There is enormous hypocrisy surrounding the pious veneration of the Constitution and "the rule of law." The Constitution, like the Bible, is infinitely flexible and is used to serve the political needs of the moment. When the country was in economic crisis and turmoil in the Thirties and capitalism needed to be saved from the anger of the poor and hungry and unemployed, the Supreme Court was willing to stretch to infinity the constitutional right of Congress to regulate interstate commerce. It decided that the national government, desperate to regulate farm production, could tell a family farmer what to grow on his tiny piece of land.

When the Constitution gets in the way of a war, it is ignored. When the Supreme Court was faced, during Vietnam, with a suit by soldiers refusing to go, claiming that there had been no declaration of war by Congress, as the Constitution required, the soldiers could not get four Supreme Court justices to agree to even hear the case. When, during World War I, Congress ignored the First Amendment's right to free speech by passing legislation to prohibit criticism of the war, the imprisonment of dissenters under this law was upheld unanimously by the Supreme Court, which included two presumably liberal and learned justices: Oliver Wendell Holmes and Louis Brandeis.

It would be naive to depend on the Supreme Court to defend the rights of poor people, women, people of color, dissenters of all kinds. Those rights only come alive when citizens organize, protest, demonstrate, strike, boycott, rebel, and violate the law in order to uphold justice.

The distinction between law and justice is ignored by all those Senators--Democrats and Republicans--who solemnly invoke as their highest concern "the rule of law." The law can be just; it can be unjust. It does not deserve to inherit the ultimate authority of the divine right of the king.

The Constitution gave no rights to working people: no right to work less than twelve hours a day, no right to a living wage, no right to safe working conditions. Workers had to organize, go on strike, defy the law, the courts, the police, create a great movement which won the eight-hour day, and caused such commotion that Congress was forced to pass a minimum wage law, and Social Security, and unemployment insurance.

…
View on The Progressive
View Connections