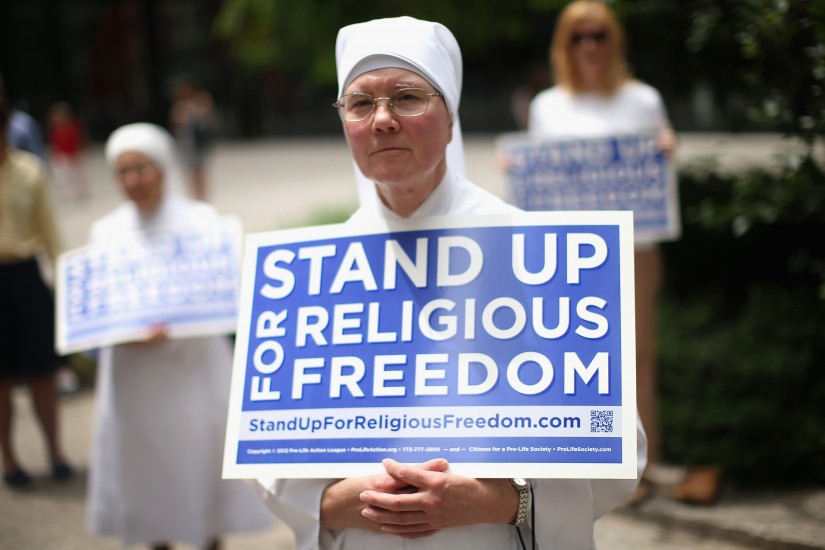 It began a quarter-century ago with germ warfare in rural Oregon. That episode spurred a short-sighted state government to refuse a minor request for a religious accommodation. The resulting quarrel offered an opening for a self-confident young Supreme Court justice in a hurry to remake the law in his own image. And what it produced was a revolution in American religious-freedom law—transforming the rights of individual conscience into yet another firewall for secular wealth and ecclesiastical power.

The latest chapter began on March 23, when the Supreme Court heard arguments in a group of cases called Zubik v. Burwell. In Zubik, religiously oriented non-profit employers—such as hospitals and schools—objected to the contraceptive-care mandate of the Affordable Care Act. Their objection is not that these non-profit employers are required to provide contraceptive options to their employees. They are not. All they must do is certify their refusal. Once they fill out a government form, a third-party insurer that runs their employee plans will make the benefits available to employees—without any participation or subsidy by the employer.

But that’s not enough for the non-profits. They don’t want to fill out the form or allow the insurance company to provide the coverage. The new claim of free exercise—one which will be heard more and more—is not for accommodation, or even exemption, from the law; it is for immunity. It is for, in essence, the right to secede from civil society.