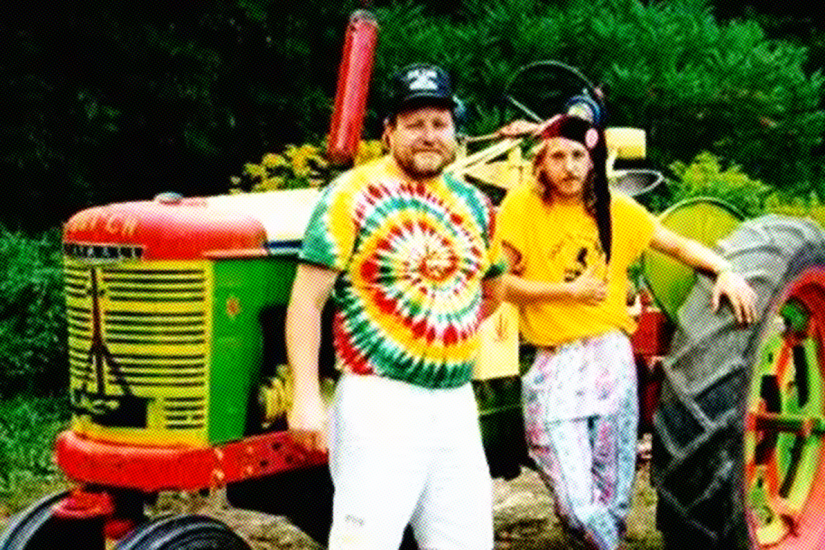 Tom Crosslin (L) and Rollie Rohm (R), who would both be killed by law enforcement officers on their farm in 2001.
hr95.org/The Outline
…

“Going on record, I do not smoke marijuana, I just don’t,” said Cox, whose family has lived right down the road from Rainbow Farm since before Crosslin and Rohm ever moved in. “But a lot of people in the area do and it was a place they felt safe.”

She still misses them. “They were just excellent neighbors. They were wonderful,” she said. In the fall there were hayrides. In winter, if Cox’s driveway got snowed over, it always got plowed. This cultivated a deep sense of belonging. “I appreciated feeling like somebody had our back,” she said. Those working at the farm who didn’t know her name referred to her as “that lady who sends cookies and pies and brownies.” She and her family felt perfectly fine visiting the annual festivals during the day (at night there was a “hippie slide,” clothing optional).

As those who knew him will eagerly tell, Crosslin’s generosity extended beyond Rainbow Farm and his immediate neighbors. Cox told the story of the time when Crosslin, upon discovering kids at Robert’s school didn’t have enough money for lunch, donated enough so every student could eat that year. He offered the same support for needy families during the holidays, and folks who just needed a little extra help.

Life around Rainbow Farm was about as generous and idealistic as you could get. “He just wanted to live his life and not bother other people,” Cox said. “He felt that what was true and fair was that families should not have to have a father absent or a mother absent because they smoked marijuana.”

For Crosslin, Rainbow Farm was a place where all the freaks of Michigan and beyond could gather. With weed advocacy and the people it attracted, he found meaning and compatibility in a movement that was just at the brink of becoming mainstream, of causing real change.

Unfortunately, what Rainbow Farm stood for was in direct opposition not only to conventional standards but to the established rule of law.

In 2001, as during festivals past, police put up barricades to the road that fed Rainbow Farm’s main gravel access before the Labor Day festivities began. This time, however, they also surrounded the 34-acre property. By that Saturday, helicopters and light armored vehicles were brought in.

The standoff lasted all weekend. Crosslin would die that Monday, Sept. 3. Cox remembers what happened next vividly. “It was very early the following morning, and as I’m taking trash out to the dumpster, I have a police officer running at me, telling me ‘you need to get back in your house right now!’” she said. “And I remember absolutely losing it and saying, ‘well why do I need to go back in my house right now, you’ve already shot my neighbor, what more can you do?’

“And at the time that I said that ... there were gunshots fired.”