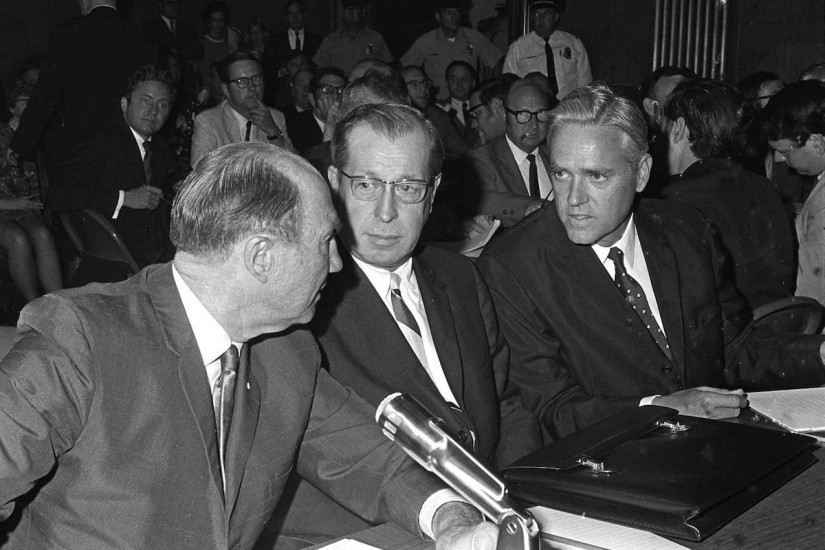 On August 21, 1969, Nixon nominated Haynsworth to the United Supreme Court to fill the seat vacated by Justice Abe Fortas. Assistant Attorney General William Rehnquist was among those charged with vetting the nominee. The FBI conducted what one White House aide at the time called a “slightly more than routine” background check. Haynsworth seemed like a shoo-in.

Then things got messy.

Accusations of an antilabor and anti-civil rights bias in his opinions cast a shadow over Haynsworth’s candidacy. There were also allegations that he had failed to recuse himself from a number of cases in which he had a personal financial stake. In one instance, Haynsworth had presided over several cases with litigants connected to Carolina Vend-A-Matic, a company Haynsworth co-founded and in which he had continued to hold an interest. Haynsworth had also ruled in a case involving the Brunswick Company. Before that decision was made public, however, Haynsworth purchased stock in the company.

“We goofed,” a Justice Department official would later admit about the initial investigation. “We just missed it.”

The NAACP, the AFL-CIO, the National Education Association and the UAW, among other organizations, rallied the opposition, drawing attention to Haynsworth’s ethical indiscretions and pressuring senators to rethink their support. The anti-Haynsworth lobby organized citizens, whose main bargaining power was their vote in the next election. “Letters of protest began pouring into senatorial offices and delegations buttonholed their Senators either in Washington or on visits home,” one reporter observed. In 1970, before campaigns were dominated by contributions and PACs, such threats carried a great deal of weight.

But Nixon dug in. He lashed out at the “vicious character assassination” that Haynsworth had to endure and maintained that Haynsworth was “an honest man … a lawyer’s lawyer and a judge’s judge.” Haynsworth himself insisted, “I am not withdrawing. I haven’t ever thought of it.”

Using the leverage of the White House — the budgets, agencies and programs that come with executive power — the administration fought back with a “stiff counter-drive to reclaim Republican defectors and to hold others in line.”

As the movement against Haynsworth gathered steam, senators became increasingly rattled by the judge’s sloppy ethics and his evasiveness. Eventually, Republicans Hugh Scott, the minority leader, and Robert Griffin, the minority whip, urged Nixon to withdraw the nomination and start over.

But Nixon pledged “to stand by” Haynsworth, which he did until the bitter end. With both sides holding firm to their positions, on Nov. 21, 1969, 17 Republicans broke ranks with the president and joined 38 Democrats to reject Haynsworth by a 55-45 vote. Haynsworth became the first Supreme Court nominee to be officially rejected by the Senate since Herbert Hoover had put up John J. Parker in 1930.