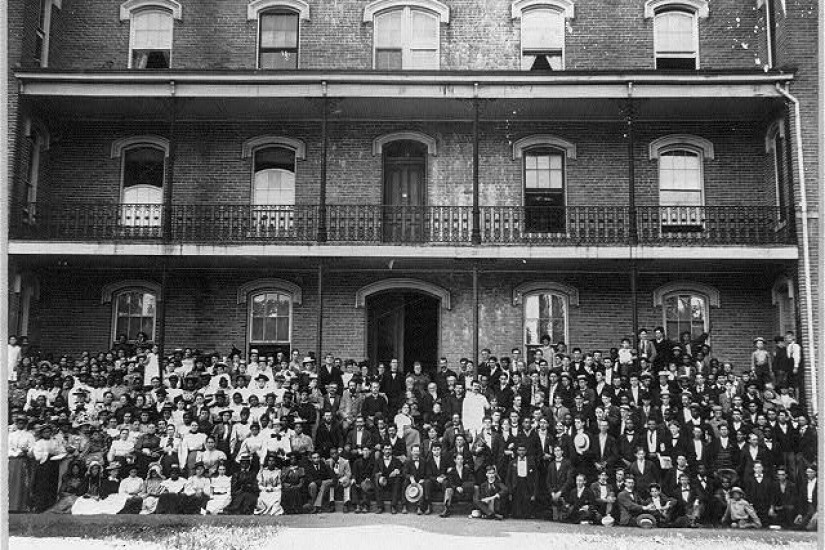 Berea College isn’t like most other colleges. It was founded in 1855 by a Presbyterian minister who was an abolitionist. It was the first integrated, co-educational college in the South. And it has not charged students tuition since 1892. Every student on campus works, and its labor program is like work-study on steroids. The work includes everyday tasks such as janitorial services, but older students are often assigned jobs aligned to their academic program, and work on things such as web production or managing volunteer programs. And students receive a physical check for their labor that can go toward housing and living expenses. Forty-five percent of graduates have no debt, and the ones who do have an average of less than $7,000 in debt, according to Luke Hodson, the college’s director of admissions.

On top of all of that: More than 90 percent of Berea College students are eligible to receive the Pell Grant—often used as a proxy for low-income enrollment. Most of those students, 70 percent to be exact, are from Appalachia—where nearly one of every five people live below the poverty line. And that recruiting pipeline in Appalachia produces a rather diverse class—more than 40 percent of the student body identify as racial minorities.

Every couple of years, Berea College makes national news, often for its tuition-free promise—a promise that has become all the more noteworthy as the national student debt crisis has grown. But late last year, Berea College made headlines for a different reason: a provision in the Republican-led tax reform effort that would have charged colleges with large endowments a 1.4 percent tax on the investment earnings from their endowments.

Berea has a $1.2 billion endowment—which is how it can afford to cover the tuition of every student—and the school estimated that the tax would cost it upwards of a million dollars a year, effectively forcing it to cut back on the number of students admitted. The rebuke came quickly from both sides of the aisle.