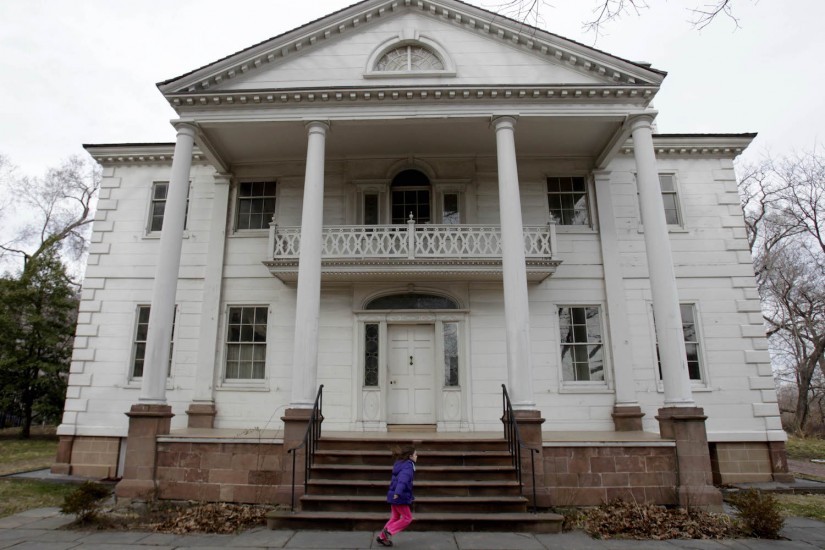 Set on a green lawn at the edge of northern Manhattan, the Morris-Jumel mansion, white and stately, might seem charming enough on a sunny afternoon. This evening, however, is a blustery, gray one. As the doorbell echoes inside I wait on the porch where, more than fifty years ago, a woman appeared on a balcony above and told a group of field-tripping schoolchildren to shush. When the tardy curator finally arrived to open up the house, she insisted that the house had been empty. She had been elsewhere, the door was padlocked, and no one could have entered. But the woman described by the children sounded familiar—just like Eliza Jumel, the mansion’s former owner. She had died in 1865.

Eliza was a revolutionary woman for her time—a sharp businessperson who started life in the lowest tier of American society and courted controversy as she climbed to the top. Her posthumous reputation suffered even more. It was said that she had killed her husband for his money and that, after her own death, her ghost wouldn’t leave the house.

She herself had claimed the place was already haunted when her husband bought it in 1810. Built by Colonel Roger Morris, a British loyalist, and commandeered as George Washington’s headquarters during the Revolutionary War, the building had quartered Hessian mercenaries before briefly becoming a tavern in 1789. Now, a century and a half after she died, Eliza’s ghost is supposed to linger here still.

The management resisted ghost hunters for a long time after the mansion became a museum in 1904. On occasion, though, visitors would report an encounter with Eliza, or a Hessian soldier rumored to have died on the stairs, or a maid who had jumped out a window. The house had a long enough history to have accumulated a cast of ghosts, some quite famous: General Washington himself was said to pace the floors, and some felt the presence of the man Eliza married after her first husband died, former vice president Aaron Burr.