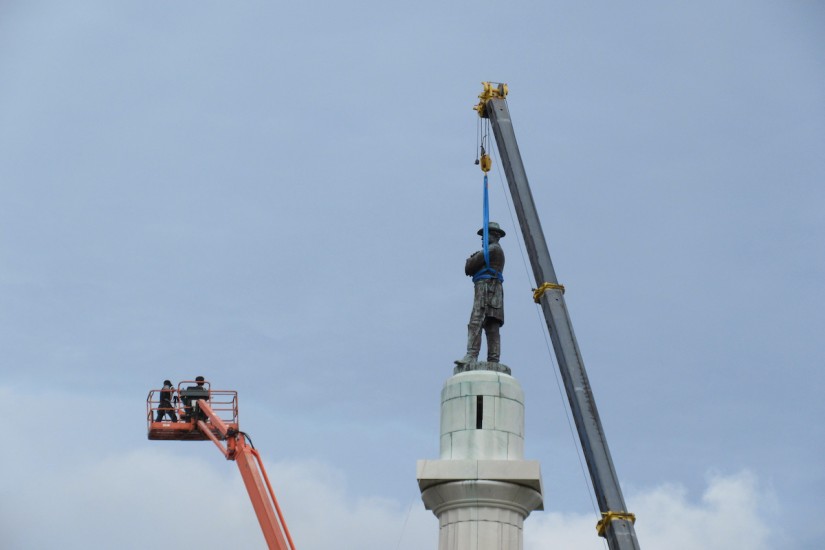 Lee was held up as the embodiment of Southern honor, duty, and sacrifice; by lionizing him, presidents were advancing the cause of sectional reconciliation. That the cause for which Lee had fought was, as Grant put it, “one of the worst for which a people ever fought, and one for which there was the least excuse,” was seldom mentioned. That the reconciliation had been built on a shared commitment to white supremacy or, at the very least, on the tacit approval of Jim Crow went entirely unsaid. And Lee’s personal cruelty as a slave owner—so ably detailed by my colleague Adam Serwer—was simply omitted.

FDR praised Lee as a “knightly figure without reproach and without fear,” and as he unveiled a statue of the general in Dallas, as “one of our greatest American Christians and one of our greatest American gentlemen.” Dwight Eisenhower kept portraits of “four great Americans” on the Oval Office wall: Franklin, Washington, Lincoln—and Lee. He told the United Daughters of the Confederacy that Lee was “a great and noble character,” and that he “remained always a pure soul.” JFK looked upon Lee’s wartime service as a “gallant failure.” Lyndon Johnson dubbed him “a great son of the South, a great leader of the South.” “As a man, he stood as the symbol of valor and of duty,” said Gerald Ford as he signed a bill restoring Lee’s U.S. citizenship. “Robert E. Lee was a man who understood the values of a region which he represented,” said Jimmy Carter, praising him as a “great leader.” Reagan said he was “an American legend.” George W. Bush, addressing the United States Military Academy, called Lee “the perfect West Point graduate.”

The notable exception is Barack Obama, who rarely mentioned Lee. In 2009, at the Alfalfa Dinner, held to celebrate Lee’s birthday, he joked, “If he were here with us tonight, the general would be 202 years old. And very confused.”

Measured against these standards, simply calling Lee “a great general,” as Trump did, is faint enough praise. And for Trump to blast the media for daring to suggest that he’d called Lee “incredible” is, well, incredible.