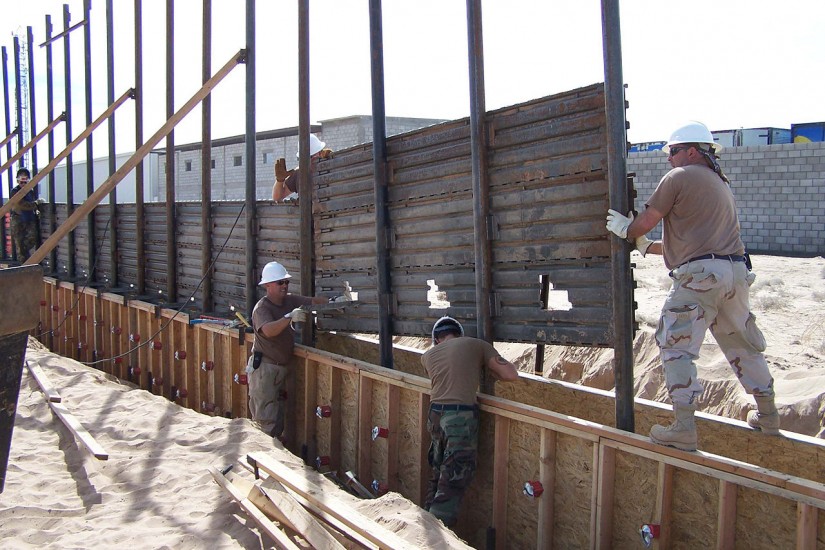 Until the middle of the twentieth century, U.S. officials built fences for cattle and the ticks that they carried. Over time, though, fences became tools to control and restrict human migration. In the second half of the twentieth century, rising xenophobic concerns over the number of Mexican and other Latin American immigrants entering the U.S. led to the passage of a series of immigration laws. Most notable among them were the 1965 Immigration and Nationality Act, which limited the number of people who could enter the United States from the Western Hemisphere for the first time (and thus limited the number of Latin Americans), and the Immigration Reform and Control Act of 1986. None of those laws fully worked to stem the flow of immigrants though, and so each one was eventually supplemented by border fences. “Securing the border” became a standard line for nearly every politician and fences grew in length and height each decade.

But no matter how high or how long, fences have failed to stop the flow of migration. As Sam Truett argued in his 1997 article in Environmental History, “Ever since the border was mapped in 1854, the American West and the Mexican North have been linked by economic and cultural lifelines extending deep into their respective territories.” Their environments, too, are inextricably linked and no fence can sever those ties.

What fences have done is create and then exacerbate both an environmental and a humanitarian crisis. As fences have grown, they have diverted human traffic through some of the most dangerous landscapes in the Sonoran Desert. In October of 2006, the Bi-national Migration Institute reported that between 1990 and 2003, the Pima County Examiners Office saw a huge rise in the number of deaths along the entire border, many of which occurred in the Arizona-Sonora Desert. According to the report, between 1990 and 2005, the Tucson Sector alone faced a 20-fold jump in known migrant deaths alone, all due to the “funnel effect” of the expanding structures. The fences have also destroyed the natural environment by fragmenting habitats and blocking border crossing by some of our most valued wildlife.