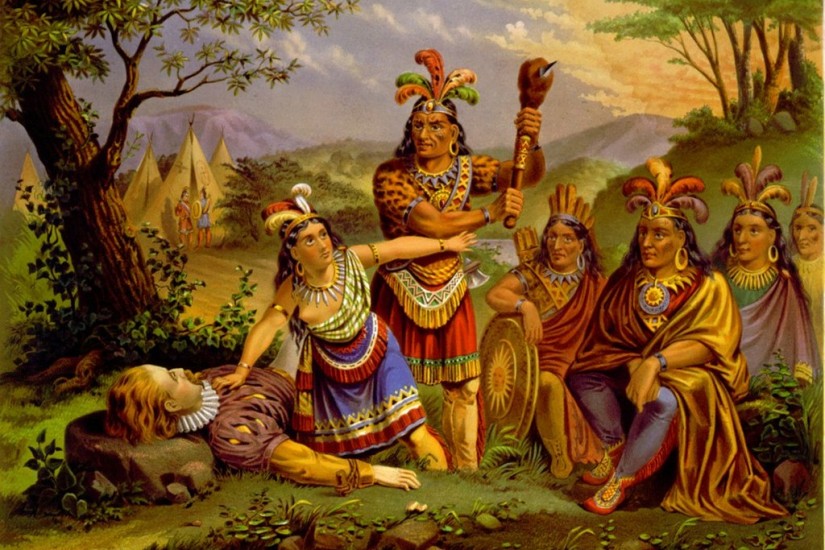 Trump’s choice of “Pocahontas” as a nickname reflects a deeply complicated history of ancestry and white racial fantasy. White Americans have long been familiar with the story of Pocahontas. Grade-school children can recite the bullet points: She was the 17th-century daughter of Powhatan, who negotiated with the English at Jamestown, married an English colonist and converted to Christianity. But this narrative has always been a distorted projection of Anglo-American desires rather than a reflection of who the real Pocahontas was.

Myths about Pocahontas have historically been mobilized to serve purposes ranging from colonial conquest to Civil War and from racial segregation to white supremacy. Each usage promoted an unequal society that benefited whites at the expense of indigenous peoples and African Americans. The tragic irony, one we see unfolding each time Trump uses the name “Pocahontas” to advance a politics of racial division, is that even today, the misuse of her name and her history continues to have devastating effects on the lives of indigenous people. It perpetuates the long historical problem by which white people have claimed the right to define what it means to be Indian to justify the marginalization of native people.

The story of Pocahontas perversely became a symbol of national pride among white Americans during the era of forced Indian removal. The celebration of her imagined past helped deflect attention from the brutality of ongoing genocidal policies. In 1837, Congress commissioned an artist named John Gadsby Chapman to paint a massive mural for the Rotunda of the U.S. Capitol. Chapman chose as his subject the “Baptism of Pocahontas,” a rich image in which Pocahontas kneels luminous in a gleaming white dress, hands on her heart, with head bowed in prayer, accepting the superiority of English Christianity.

At the same time Chapman worked on his Pocahontas masterpiece, however, the federal government was aggressively pursuing a policy of forced Indian removal, rounding up native people off ancestral lands throughout the Southeast and marching them to reservations in the Oklahoma territory. By the time his painting was installed in the Rotunda (where it remains today), the U.S. Army had removed more than 45,000 southeastern Indian people from their homes and forced 4,000 native people to march to their death. This marked the beginning of a pattern in which Americans would venerate the history of Pocahontas, while simultaneously mistreating indigenous people and African Americans in the present.