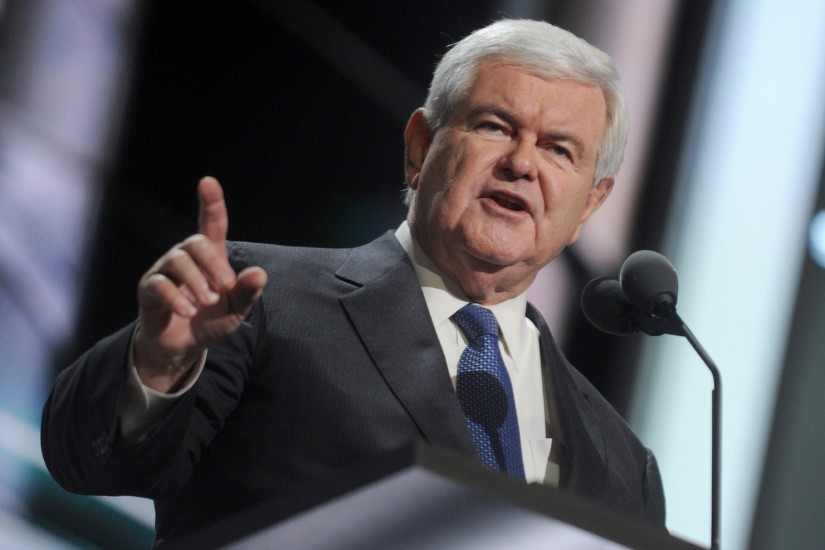 There’s something about Newt Gingrich that seems to capture the spirit of America circa 2018. With his immense head and white mop of hair; his cold, boyish grin; and his high, raspy voice, he has the air of a late-empire Roman senator—a walking bundle of appetites and excesses and hubris and wit. In conversation, he toggles unnervingly between grandiose pronouncements about “Western civilization” and partisan cheap shots that seem tailored for cable news. It’s a combination of self-righteousness and smallness, of pomposity and pettiness, that personifies the decadence of this era.

In the clamorous story of Donald Trump’s Washington, it would be easy to mistake Gingrich for a minor character. A loyal Trump ally in 2016, Gingrich forwent a high-powered post in the administration and has instead spent the years since the election cashing in on his access—churning out books, working the speaking circuit (where he commands as much as $75,000 per talk for his insights on the president), and popping up on Fox News as a paid contributor. He spends much of his time in Rome, where his wife, Callista, serves as Trump’s ambassador to the Vatican and where, he likes to boast, “We have yet to find a bad restaurant.”

But few figures in modern history have done more than Gingrich to lay the groundwork for Trump’s rise. During his two decades in Congress, he pioneered a style of partisan combat—replete with name-calling, conspiracy theories, and strategic obstructionism—that poisoned America’s political culture and plunged Washington into permanent dysfunction. Gingrich’s career can perhaps be best understood as a grand exercise in devolution—an effort to strip American politics of the civilizing traits it had developed over time and return it to its most primal essence.

When I ask him how he views his legacy, Gingrich takes me on a tour of a Western world gripped by crisis. In Washington, chaos reigns as institutional authority crumbles. Throughout America, right-wing Trumpites and left-wing resisters are treating midterm races like calamitous fronts in a civil war that must be won at all costs. And in Europe, populist revolts are wreaking havoc in capitals across the Continent.

Twenty-five years after engineering the Republican Revolution, Gingrich can draw a direct line from his work in Congress to the upheaval now taking place around the globe. But as he surveys the wreckage of the modern political landscape, he is not regretful. He’s gleeful.