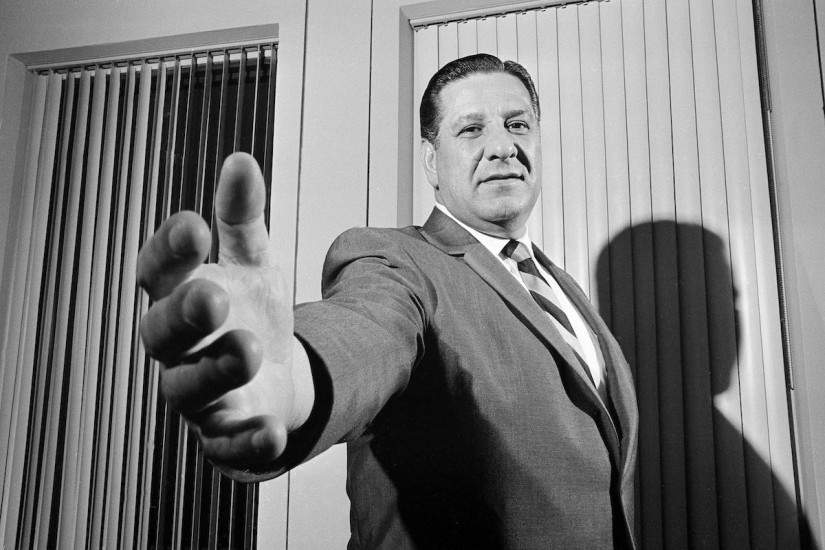 Rizzo’s first term in office was riddled with controversy. The scandals ranged from frequent verbal gaffs and poorly timed media appearances to much more serious allegations of misappropriation of federal funds and using the police to spy on political enemies. At times, the scandals veered toward the cartoonish, as when, in 1973, Rizzo publicly failed a polygraph test administered immediately after vouching for its veracity. Democratic Party rival Peter Camiel had accused Rizzo of using the police department as a personal spy ring and offering bribes to reward the mayor’s friends. Local newspapers initiated investigations into corruption in City Hall and Daily News editor Rolfe Neill challenged Rizzo, Camiel, and deputy mayor Phillip R. T. Carroll to take lie detector tests. All three agreed. Before taking the test, Rizzo famously said, “If this machine says a man lied, he lied.” Rizzo and Carroll failed. Camiel passed. But Rizzo’s blue-collar constituency refused to believe any of the accusations and steadfastly stood by their mayor. One said that her faith in Rizzo was “now stronger than ever” and another said Rizzo had been “baited by the lousy liberal press bastards.” Likewise, when a disastrous appearance on the nationally televised Lou Gordon Show ended with Rizzo storming out of the interview after being presented with evidence of widespread police corruption under his watch, blue-collar Philadelphia came to his defense. Most of them blamed “the biased media” who were out to get “the working peoples’ mayor.” When accusations swirled about Rizzo’s misappropriation of public funds to build a multimillion-dollar mansion, his supporters wrote off the accusations as mere rumors. Many of them thought Rizzo had earned his “dream house” and congratulated the mayor on its purchase, even after evidence proved his administration had misused public funds to construct the house. Throughout his first term and most of the 1970s, there was little Rizzo could do to jeopardize the loyalty of white, blue-collar Philadelphia.

While Rizzo maintained enormous popularity in blue-collar Philadelphia, his controversial mayoralty divided the city and the local Democratic Party. He continued his criticism of the civil rights movement and publicly fought with liberals. He alienated Democrats when he endorsed Richard Nixon’s reelection in 1972. Rizzo considered the president a personal hero and called him the greatest president in American history. The respect was mutual. Nixon considered Rizzo essential to his urban strategy and welcomed the endorsement from across party lines.