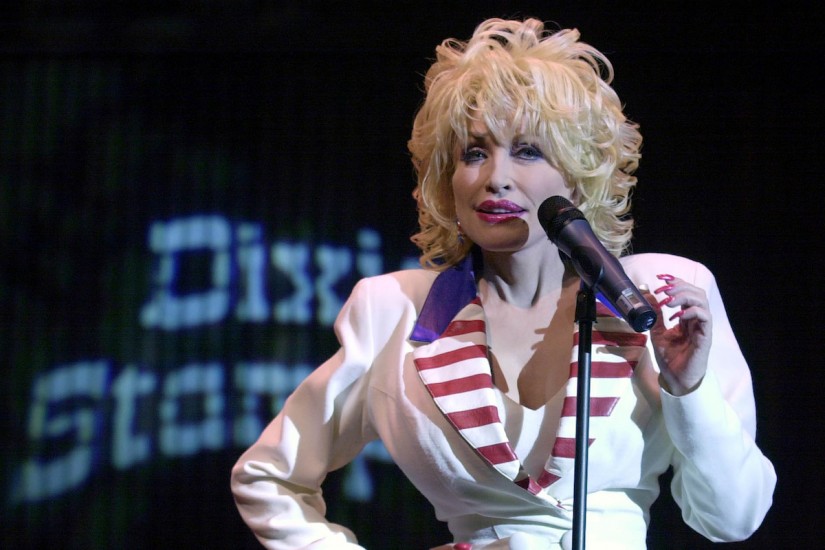 But her true genius is in how she has created multiple personas at once so that her fans can choose one that slips easily into their own stories and desires. She’s embraced by feminists and queer folks at the same time she is declared a queen by Confederate apologists. Dolly-as-mountain-girl anchors her to an ancestral white home in the imaginations of white people, while her class-conscious and gender-transgressive performance of whiteness becomes a signifier for white progressives who embrace gender fluidity and working-class iconolatry. She exhibits worldliness at the same she cloaks herself in the symbols of white nationalism.

Dolly Parton has built her empire on and with the debris of old, racist amusements and wrapped it in working-class signifiers and feminist politics. I ignored that fact for a long time because it didn’t fit the script of the feminist, working-class heroine I had conjured. But I also ignored how others’ attachment to Dolly is exactly because of her embrace of Dixie and her complex celebration of whiteness. And I have ignored how whiteness clings.

I have ridden many times the Dollywood Express, originally “Rebel Railroad.” In 1961, a family incorporated a locomotive — abandoned by a logging company — into an attraction that eventually became one of the centerpieces of Dollywood. During the original amusement, actors pretending to be federal troops raided the train and, according to the Tennessee Encyclopedia of Culture and History, children were encouraged “to bring weapons and help fight off marauding Yankees.” When I was a child on the Dollywood Express, what did they ask me to do and to pretend?

In the 1970s a company bought the train and built new rides to create an Old West theme, but a few years later Herschend Family Entertainment acquired the park and Silver Dollar City was born. Their park traded Dixie for the old-timey Mountain South of grist mills, woodworking, and log cabins, but everybody knows how the two images can fold into each other.

Dolly Parton’s mythical story-songs of a mountain childhood and her witty and glitzy hillbilly performance were the secret ingredient to Dollywood’s success and expansion — an expansion that requires the ecological demise of the mountains, that gobbles up tons of water, land, and bodies in order to simulate a white Appalachian past of real hillbillies that Americans love.